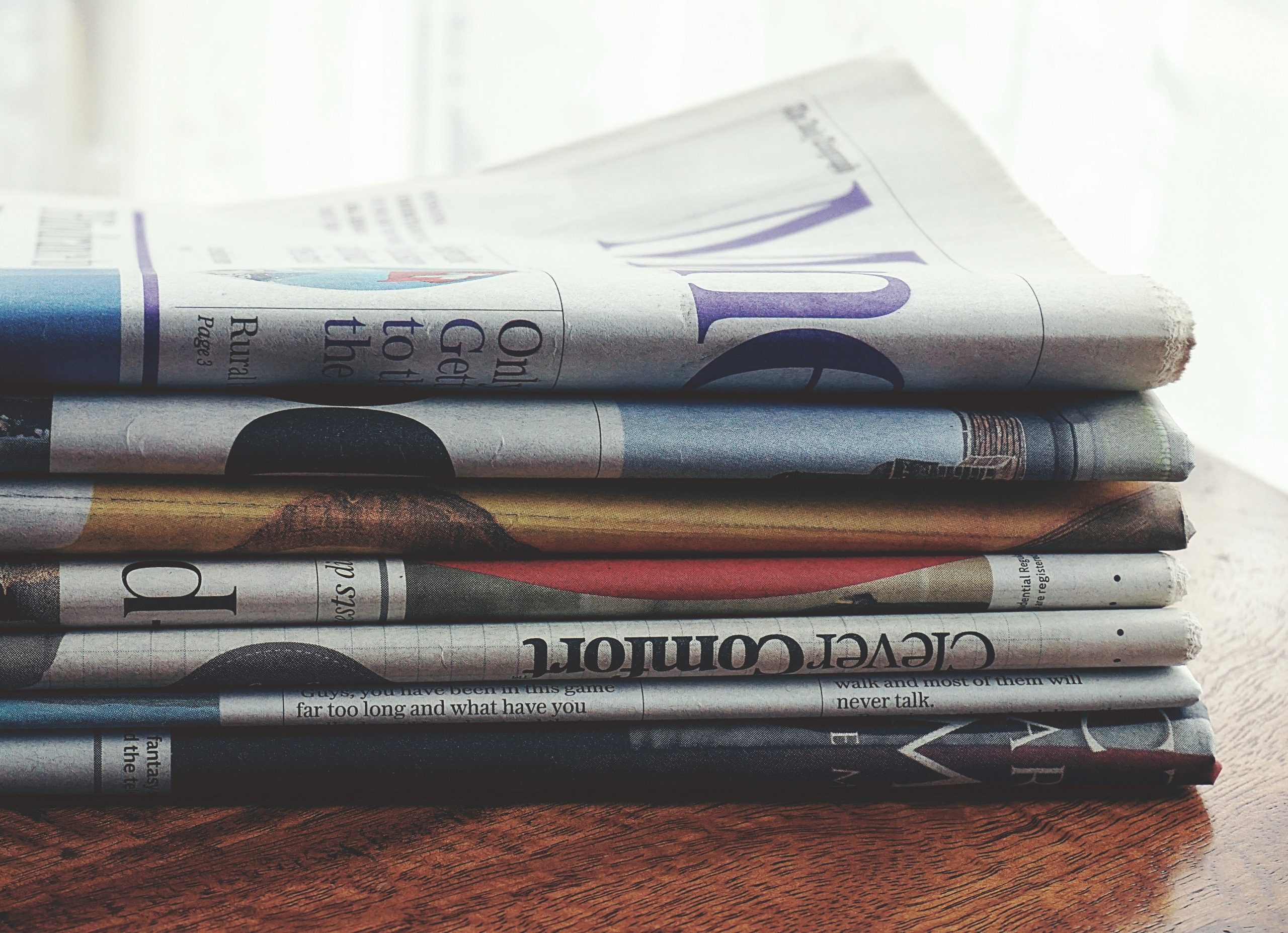 Imagine a society without news.

A dark world where no one knows what’s going on outside the home or workplace.

The scenario doesn’t sound very appealing or even practical. News is a very critical part of our daily lives.

News helps us keep tabs on what is happening around the world and how it may affect us. Also, news can be a source of entertainment for many people.

With the availability of the internet, a lot has changed regarding news consumption statistics. The world has become a transnational network, and global news is just a click away.

1. Nordic countries were in the lead regarding the number of readers paying for online news in 2019.

Online news agencies have been trying to push for users to pay for a long time. Online publications require money to run, whether it’s in the form of subscriptions, donations, or memberships.

As of 2019, Sweden and Norway made headway for online news payments, which is still a struggle for most countries. During that year, people in those countries were willing to pay to read their favorite news on the internet.

About a decade ago, people preferred to get news from bookstores and newsdealers. As of 2017, these outlets’ sales had gone down by about $6 billion, according to news consumption statistics.

This translates into a reduction of sales in newspapers and other print media. Overall, it looks like the papers are no longer appealing to consumers in this digital age.

The 45 to 54-year-old demographic loves local news. Only 6% of that age group doesn’t follow localized news at all.

Local news is least popular with 18 to 29-year-olds (33%) according to media consumption habits. As you can see, the difference between these two age groups isn’t that large, suggesting that local news has a level of importance to both demographics.

4. The United States financial news audience increased by 8% during prime time in 2018.

According to statistics on news consumption, the prime time slot was popular with audiences and increased by nearly 10% compared to previous years. Primetime is usually between 8 pm to 11 pm, which is when most people are catching up with news after work.

Viewership for the 6 am to 6 pm time slot also increased by about 5%, compared to 2017. Cable news from networks such as MSNBC, CNN, and Fox News was the most popular here. Note that the research did not include financial news networks like Bloomberg, Fox Business, and CNBC.

Where People Get Their News

Just over half of Americans enjoy watching the news on TV according to news consumption statistics by age. Although TV is the number one choice for many, it’s slowly becoming unpopular amongst younger adults.

Online news sources come in second at 38% and are most popular with 18 to 24-year-olds. Listening to the radio for news comes in third at 25%, and finally print newspapers at 20%.

Online news consumption rose in 2018 compared to 2016, with about one-third of adults preferring online sources. In just two years, news industry trends show that people were no longer sitting in front of a TV just to catch up with the news. The primary sources of online news here are apps, social media, or websites.

Even if they still tune in to the TV and radio broadcasts, over two-thirds of Americans also read the news on social media, online newspaper editions, and other outlets. And this percentage is only likely to go up.

The statistics show that millennials are heavily reliant on their phones. The trend can be a learning point for news websites targeting this demographic.

How many people watch the news?

In 2017, the number of people watching the evening news in significant networks like ABC, CBS, and NBC was roughly 5.2 million. 2018 saw a slight rise in the number of viewers to 5.3 million.

At the same time, morning news saw a slight decline in the number of viewers. The audience dropped from 3.3 million in 2017 to 3.2 million in 2018.

Which brings us to the next question:

How many people get news from social media?

Billions of people have access to social media networks and have learned that they can count on them for the most recent news. Social media as a news source has quickly overtaken mainstream media when it comes to breaking news.

These days, it’s not uncommon for news to reach social media users even before they reach major news networks. 50% of internet users disclose that they first hear about the latest news on social media, then look for more details.

Here are the top social media sites for breaking news:

11. The average reader will only read an article for 15 seconds.

Although social media sends a considerable amount of traffic to news websites, the reader spends just a quarter minute reading news. Social media’s effect on news is hard to ignore, as it affects a website’s bounce rate.

There’s some good news for news agencies that go that extra mile to make their news enjoyable.

Social media sites have a way of tracking articles that get the most comments, likes, or reactions. The sites have an algorithm that brings the item with the most interactions to the newsfeed. Without realizing it, your friends have a say in the news that comes to your news feed.

12. The most respected newspaper in the US is The New York Times.

In this era of fake news and hoaxes, readers are very skeptical about news according to facts about the news media. There are also too many biased publications willing to write alternative facts about their favorite political allies.

It’s not all bad, though:

There are newspaper brands that will go the extra mile to ensure that the news they publish follows codes of ethics strictly. Some publications will even fire staff who plagiarize or exaggerate instead of reporting facts.

Here are the top three newspapers when it comes to professionalism: 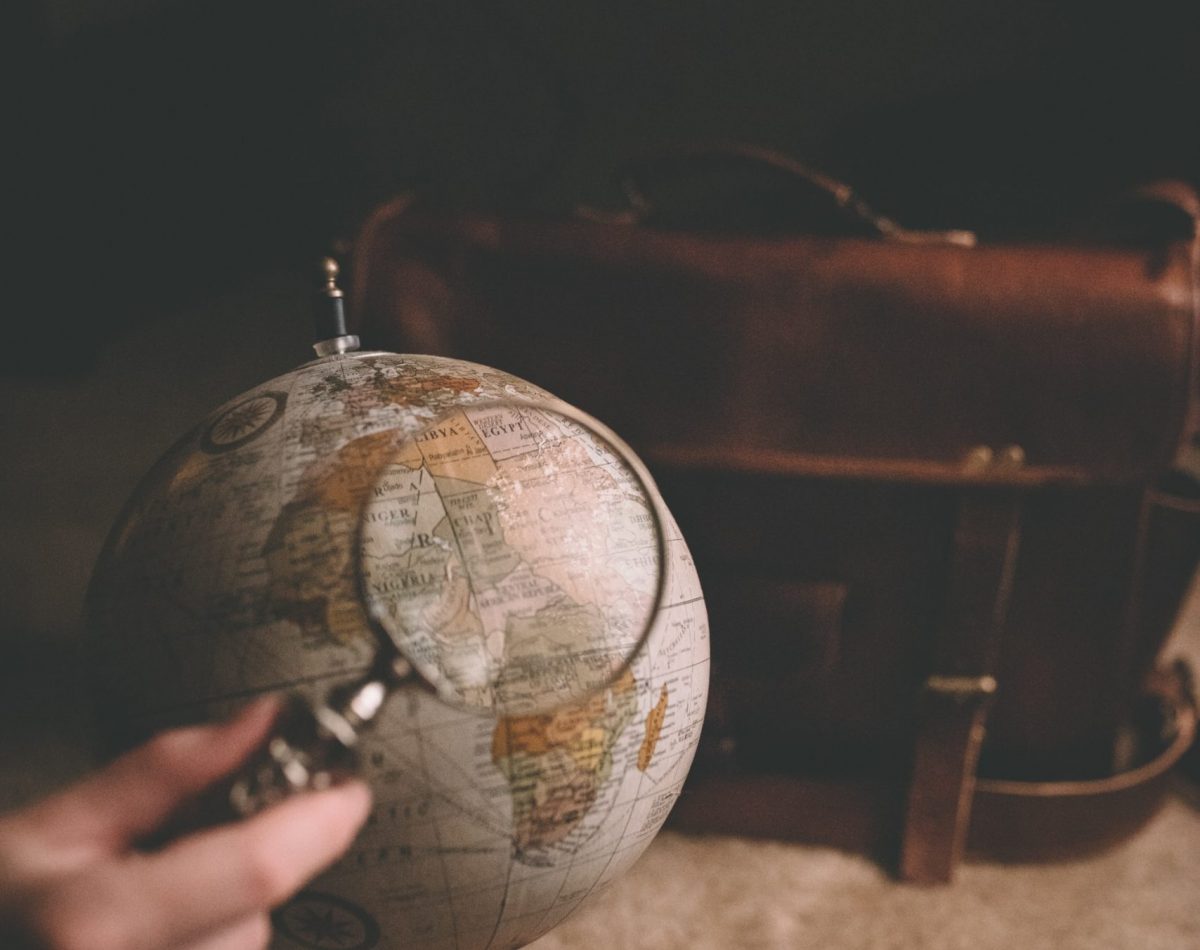 13. 53% of Brazilians discuss news via WhatsApp.

Brazilians are fond of WhatsApp and use it to share or discuss news. Here, people who don’t know each other join WhatsApp groups to just interact with other people regarding the news.

53% of the country’s citizens prefer to use the private messaging app. Malaysians come in second at 50%, and South Africans third at 49%.

14. 85% of people in Brazil are worried about reading fake news.

Although WhatsApp has made it easy for people to communicate, there’s always a risk of misinformation. Anyone can freely share information, and over 80% of people in Brazil are wondering whether they’re reading fake news.

Statistics about news consumption via private messaging platforms show that there are overwhelming concerns in Europe and the US as well. Here are the stats for counties worried about disinformation and misinformation – US- 65% and the UK at 70%.

Although there are a few concerns, the stats aren’t a bad thing.

Private messaging platforms can use the feedback to develop ways to ensure that users only post credible news. This qualitative research can also be a good thing for reputable news brands.

Statistics of News Consumption Over Time

Compared to 2017, both digital and print news weekday circulation reduced by 8% in the US, bringing in 28.6 million readers in 2018. Sunday circulation also saw a 9% decrease in the number of readers, gathering 30.8 million.

News consumption statistics over the centuries have changed drastically. In 202 BC, China had a news media locals referred to as Tipao. Tipao mainly focused on the imperial bulletins and palace reports, and runners only distributed the news to bureaucrats.

In ancient Rome, the government also distributed news sheets to the public as early as 131 BC. The news was mostly about executions, trials, military campaigns, and political news.

In Colonial America, Benjamin Harris was the first person to print an actual newspaper in 1690. Unfortunately, the government arrested Harris because his paper included political criticism.

In 1704, John Campbell, the Boston postmaster, published the first successful newspaper. Campbell stayed away from politics to avoid upsetting the government.

In 1722, the colonial government also jailed another popular publisher for criticism over for failure to protect people in New England from pirates.

But things started changing during the industrial revolution:

Radio and TV started giving fierce competition to newspapers in 1920 and 1940, respectively. As of 2020, we are at the digital age, and digital news is at its peak.

Statistics on News Consumption and Generations

Augmented reality is a hit with millennials, with nearly 50% opting for it compared to traditional news presentation. Generation Z also shows a considerable interest in technology, at 47%. Only 20% of baby boomers care about virtual reality, while Generation X makes up at least 33%.

18. Millennials consider 76% of the news they consume to be entertainment.

Media consumption statistics show that just over three-quarters of millennials consider what they read or watch as entertainment. The demographic least interested in entertainment news is baby boomers (50%).

This is yet another learning point for media companies.

20. 44% of millennials picked YouTube as their number one news source.

“Where do millennials get their news?”

YouTube is very popular with millennials, with nearly half of that age group (44%) preferring the site as their primary source of news. So, now would be a good time for companies to incorporate videos instead of lengthy text to relay the news to this demographic. 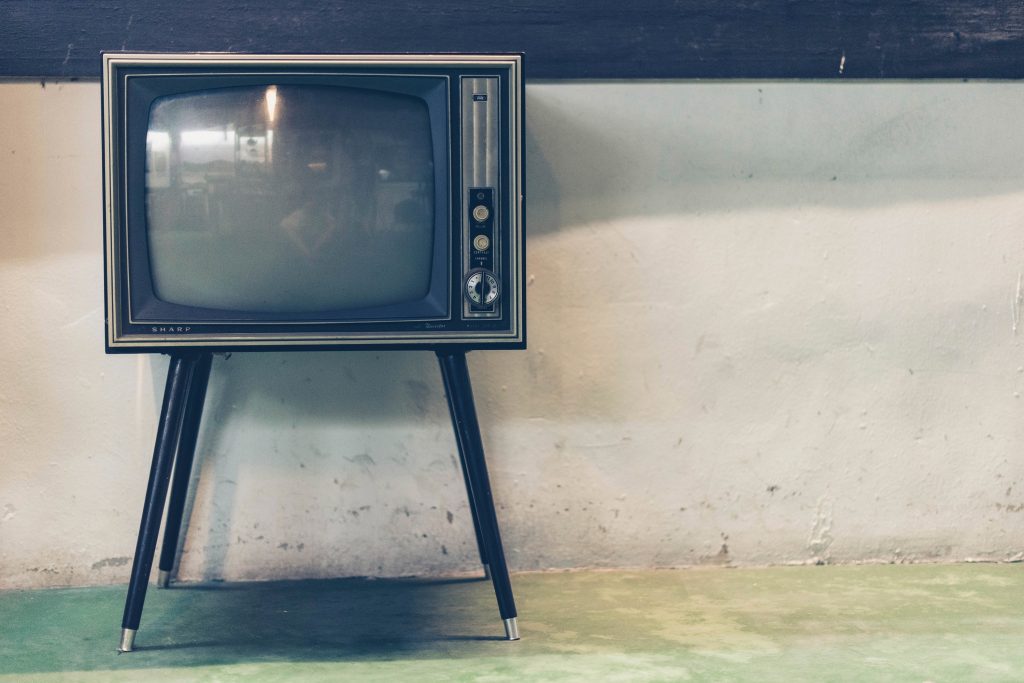 According to a 2019 May report, it looks like local news stations are swimming in money. The stations are just two billion dollars shy of $30 billion, so the majority are doing well for themselves.

There might have been a few losses in 2018, but that doesn’t speak for the entire industry. Trends in news consumption show that only about 5% of news companies were in the red that year.

22. Local TV stations are the leading source of offline news.

It looks like Americans love watching local news on the TV when not online. Facts about news consumption show television is the leading source of offline news.

Americans love following politics, and TV stations ensure that they keep viewers glued to their screen all the time. Television offers content updates throughout the day, a thing that newspapers or magazines wouldn’t be able to do.

Q: What is news consumption?

A: News consumption is the consumer’s intake of news. Whether it’s through conventional or online news sources, different demographics have different ways of gratifying their need for news.

A: According to news consumption statistics 2019, the percentage of Americans watching TV is 41%. Last year, the number of people that watched or read news online was less than that of those that watched it on TV: 37% and 41%, respectively.

Q: How much is the news industry worth?

A: News media consumption trends show that it’s a multi-billion dollar industry. To be specific, the sector is valued at $678.64 billion.

Q: How much time do people spend watching the news?

A: According to data for Q1 2017, the average time that people spend watching news in the United States is 1031 minutes. That’s about 17 hours and 18 minutes.

Q: How do millennials get news?

A: Most millennials prefer getting their news online, with 64% sourcing for their news from both websites and social media. YouTube, in particular, is a big hit with this generation.

Q: How many people get their news from Facebook?

A: 43% of Americans get their news from Facebook. It’s the most popular social network for news.

How people consume news has changed over the years. Different demographics also have unique preferences and are not afraid to choose one news source over the other. The latest news consumption statistics show there’s a lot that media companies need to work on in order to appeal to different audiences.

Online news sources seem to gain momentum lately. However, we can’t ignore the other sources such as newspapers, as there are generations that still love them. Each demographic has its preferred choice, so there’s a clear need to develop ways to engage all of them.