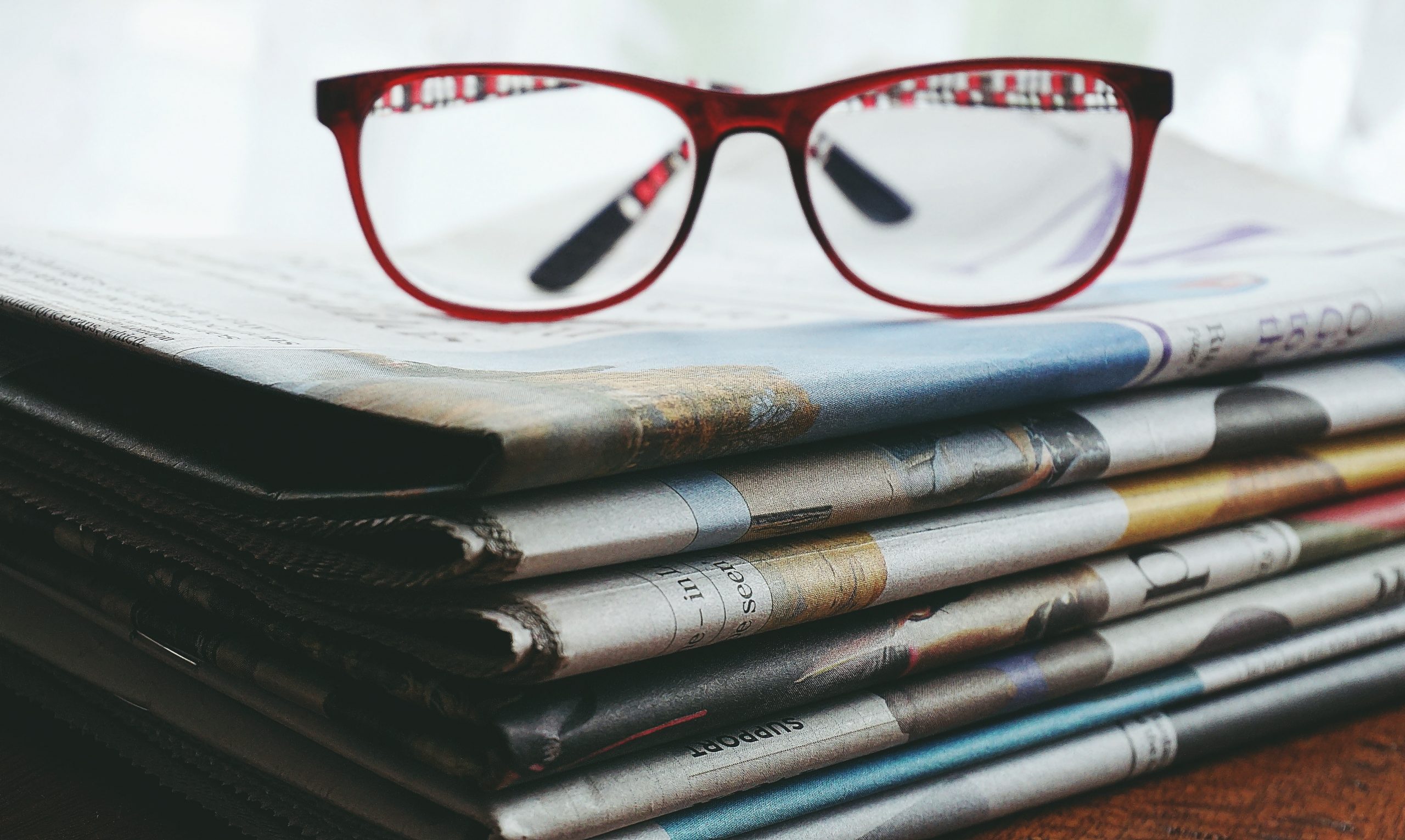 20+ US Newspaper Circulation Statistics You Should Be Aware Of

With the explosion of digital media, it is rare to find people who still bother buying paper newspapers. Therefore, it’s not surprising that there is less and less circulation of this type of newspaper.

In any way, it’s a fact that the newspaper industry keeps on taking hits as the digital media continue to develop. And nowhere is this better reflected than in US newspaper circulation data.

We’re here to keep you informed as we bring you the latest statistics on newspaper circulation in the US. Let’s start!

The Most Recent US Newspaper Circulation Statistics

The history of newspapers in the US is rich. Newspapers shaped the public and political life of the country in countless ways. The first newspaper in America was published in 1690,  but a lot has changed since then. The most recent stats on the newspaper circulation are here to give you an insight into the current state of things.

Considering the extra time readers have on the weekends, they’re more prone to buy a copy on Sunday than on, let’s say, Tuesday. That’s why weekday circulation stands out as a more realistic measurement of a newspaper’s readership.

And that number decreased drastically since 1984. When looking closely at US newspapers by circulation stats, the decrease continues with the rise of digital media. Since 1984, the total weekday circulation has decreased by more than a half.

2. Only two of the largest newspapers in the US have a circulation higher than one million.

Having a circulation above one million is now a source of pride for those publications which can achieve it. Only two of the major newspaper outlets in the US can pride themselves with such a high number — USA Today, with 1.61 million copies, and The Wall Street Journal, with 1 million copies in circulation.

3. Americans are not at all informed on the decline of US national newspapers.

A 2018 survey found that 71% of people believe American papers are doing well. Additionally, only 14% say that they have paid for their news at least in some way (subscriptions, donations etc.). It might be that, thanks to the digital news outlets, the line between the print and digital newspapers slowly became blurred for most readers leaving them unaware of the print decline.

1940 was the first year that official data on newspaper circulation was gathered, and 2018 has had the lowest circulation numbers since — at  28.6 million copies sold during weekdays and 30.8 million on Sunday. Even compared to 2017, the circulation dropped 8% for weekday editions.

5. The newspaper ad revenue has dropped dramatically since 2018.

6. Low state newspaper circulation contributed to having 1 in 5 newspapers being shut down.

For centuries now, local news was the backbone of the US newspapers. But in the digital era of quick information and daily news cycles, its existence unfortunately proved to be almost obsolete. With more and more local newspapers shutting down, reports indicate that more than one in five newspapers were officially closed.

While local newspapers continue to struggle, at least some good news for the top newspapers in the US. According to one study, they still manage to reach 69% of the total population in one month of circulation.

8. Newspaper advertising revenue will be cut in half in the next five years.

According to industry predictions, the already struggling numbers of newspaper advertising will continue to decrease significantly. By these predictions, they’ll be cut in half — down to $5.5 billion annually.

9.  By 2024, advertising will make up slightly more than the third of total newspaper revenue.

The data on newspaper circulation in 2019 shows that advertising currently makes up for almost a half of total newspaper revenue, while pure circulation earnings make up 58.7%. By 2024, both earnings will drop but advertising will do so quite significantly. According to these predictions, ad revenue will make up only 35% of total revenue.

10. Local newspapers are certainly not the most circulated newspaper in the US, but 73% of the population believes in the information they report.

11. Subscribers are the core audience for the most read newspapers in the US.

Newspaper subscribers provide secure and constant ad revenue (and subscription), they’re also generally good for the news business. In fact, 38% of subscribers get both a paper and digital newspaper, 84% pay for a print newspaper, and 28% opt solely for the digital version.

13. The Wall Street Journal is one of the best quality newspapers in the US, with circulation growing.

Published by Dow Jones Publications, The Wall Street Journal has been in print circulation since 1889 and is among the top five newspapers of best quality and circulation in the US. Its circulation numbers (print and digital combined) continue to grow.  This is interesting to many industry experts as the WSJ often ends up on the list of conservative newspapers because of its anti-government, anti-tax and free fare stance.

14. Liberal and conservative newspapers are equally represented in the top 10 largest circulation newspapers.

The representation of liberal and conservative newspapers in the top newspapers with largest circulation pretty much reflects the liberal vs conservative divide among the general US population.

Still, have in mind that it’s difficult to divide newspapers according to political bias and make a completely official list of liberal newspapers, for example. Large newspapers are never explicitly conservative or liberal, but we can sort them according to how they cover major political events, such as presidential elections. 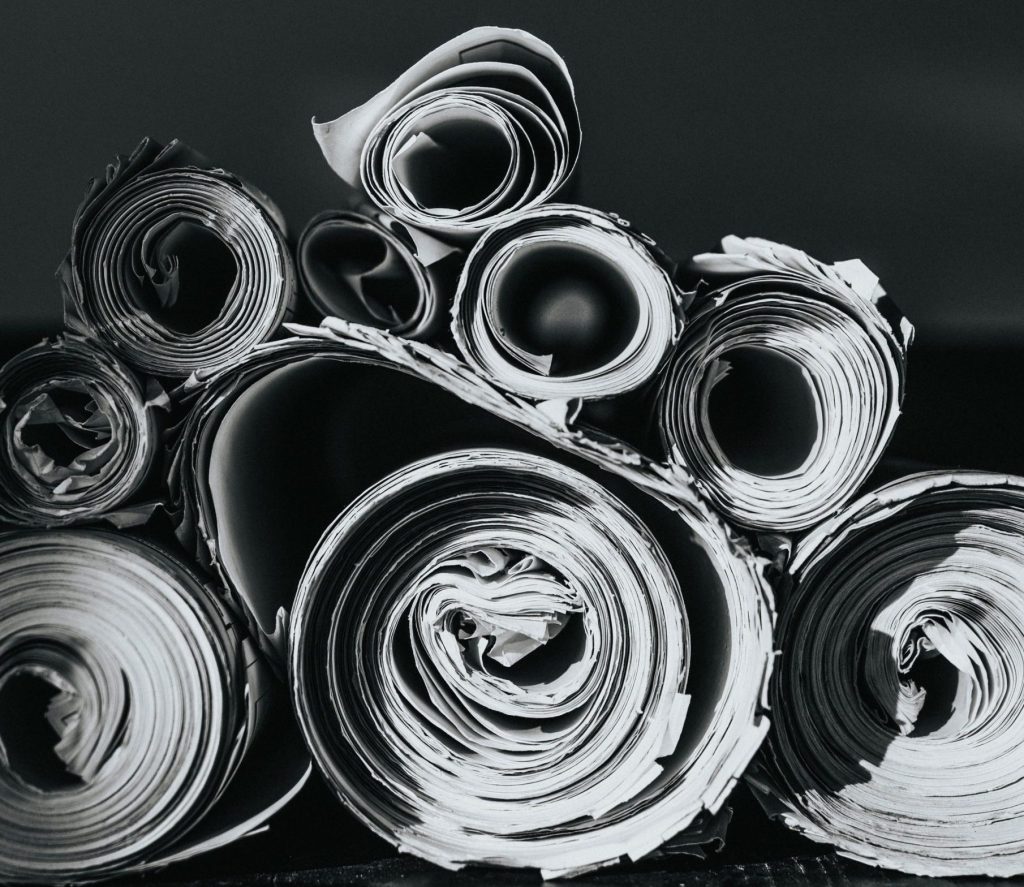 US Newspaper Circulation Digital Data and the Decline of Employment

As digital and social media continue to dominate the media landscape in general, newspapers continue to struggle to attract and keep the readers. Major US newspapers managed to adapt to some point but smaller ones (especially local newspapers) are shutting down.

The data on digital circulation complicates the issue as the industry still hasn’t figured out how to officially measure it. On top of that, it’s clear that the traditional newsroom employment suffers greatly at the same time. Let’s check the details!

15. In the digital world, newspaper circulation data is still not officially and publicly measured.

The share of digital advertising in total revenue continued to increase every year since 2011 (when it was first possible to gather the official data). Since then, the share has increased from 17% to 35%. However, experts note that the majority of the digital revenue doesn’t actually go directly to the newspapers but mostly to advertising platforms like Google and Facebook.

17. Subscribers to digital editions of American daily newspapers are mostly Hispanics and African-Americans.

White readers make up for 23% of subscription readership. Hispanics make up 45% of those who are primarily subscribed to digital newspaper editions, while African-Americans make up 34%.

The age differences among readership are striking: readers older than 65 are five times more likely to buy a print edition. Surprisingly, young adults (18-34) are equally likely to pay for digital or print.

Regardless of the news industry (print, radio, broadcast television, cable, etc.), newsroom employees are endangered as the popularity of news continues to decrease. Since 2008, the employment in newsrooms across the news industry dropped by a worrying 23%. According to employment data, among employees who lost their job, people 35 to 54 (mid career employees) took the hardest hit as their employment decreased by 42%.

20. The list of online newspapers continues to grow, as social media surpassed the print as the news source.

Even though more and more traditionally print-oriented newspapers continue to publish online editions (along with a developed digital subscription system), people are still increasingly drawn to social media for their news. In fact, publishing digital newspapers now is not only a means of keeping a readership but is also a way to fight social media as the other important source of news.

In 2017, 16% of people reported they get their news mainly from social media, which is just slightly higher than the number of people getting news from print media.

21. The staff in the digital-native news outlets has almost doubled in the last 10 years.

As the print list of newspapers gets smaller and smaller,  digital-native news outlets, also called “born on the web” news are becoming predominant in the news industry. Along with the decline of print newspapers, employment in digital-native news went through the roof. In 2008, there were 7,400 employees, which grew to 13,400 in 2018.

What Will Happen to Print Newspapers Circulation in the Future?

One thing is for sure, print media in general is slowly fading into the background in today’s media landscape. Newspapers have taken the biggest hit. Based on a centuries-long tradition of depending on the circulation both for revenue from circulation and advertising, it will take time for the news industry to completely adapt to the digital environment, as some of the most popular newspapers in the US have already done.

Newspapers in print will most likely still exist as a luxury addition for some readership, mostly strictly through subscriptions. But as these stats are showing you, news outlets are here to stay, it’ll only take a bit more time to switch from measuring print circulation to its digital equivalent.

What is the highest circulation newspaper?

As of 2019, the highest circulation newspaper in the US is USA Today with 1.62 million units in daily circulation. The Wall Street Journal previously held the top spot but has fallen behind, with a circulation just above one million. This is a major shift for the landscape of major national newspapers as it was TWJ which held the top spot for years.

Is newspaper circulation in decline?

Unfortunately, it’s a big yes to this question. In fact, in 2018 the circulation was as low as it was in 1940. The low circulation also caused a major decrease in advertising revenue which also fell by 62% in a period from 2008 to 2018. This is particularly true for major national newspapers which have mostly branded themselves as prominent American political newspapers. These newspapers are trying to adapt to their readers taste of more diverse and entertaining topics, beside daily political issues.

What is the circulation of USA Today?

USA Today is currently the highest circulated newspaper, with 1.39 million copies sold, as of January 2019. But the newspaper took a hard hit in print decline in recent years. Only in 2017, its daily circulation was 3.07 million daily units. However, this decline is in line with other major newspapers in the country which is a reason why USA Today remains the biggest American newspaper.

What are the biggest newspapers in the US?

Currently, according to their daily circulation numbers, the big three are:

What are the top 3 selling newspapers in America?

The top three selling newspapers in American right now are USA Today, The Wall Street Journal and The New York Times. These three are currently the best newspapers in the USA and they continue to fight for the top spot each year by trying to make their print content more in line with modern readers.

Which newspaper has the highest circulation?

USA Today hit the highest circulation numbers among other major newspapers. Currently, it’s leading the pack with 1,621,091 units in daily circulation. Even though USA Today took a significant hit in print decline, the outlet is still managing to adapt and keep the majority of their readership. As our latest stats on the US newspaper circulation have shown, all of the major print newspapers are struggling with the print decline which has reflected poorly on their revenue.

What is the best selling daily newspaper in the US?

With 1,621,0911 units in daily circulation, USA Today is currently the best selling daily newspaper in the US. Prior to 2019, the top spot usually belonged to The Wall Street Journal while USA Today held the third spot. Many have noted that USA Today managed to reach the top spot as it covers broad and entertaining topics, not focusing solely on the current political issues.