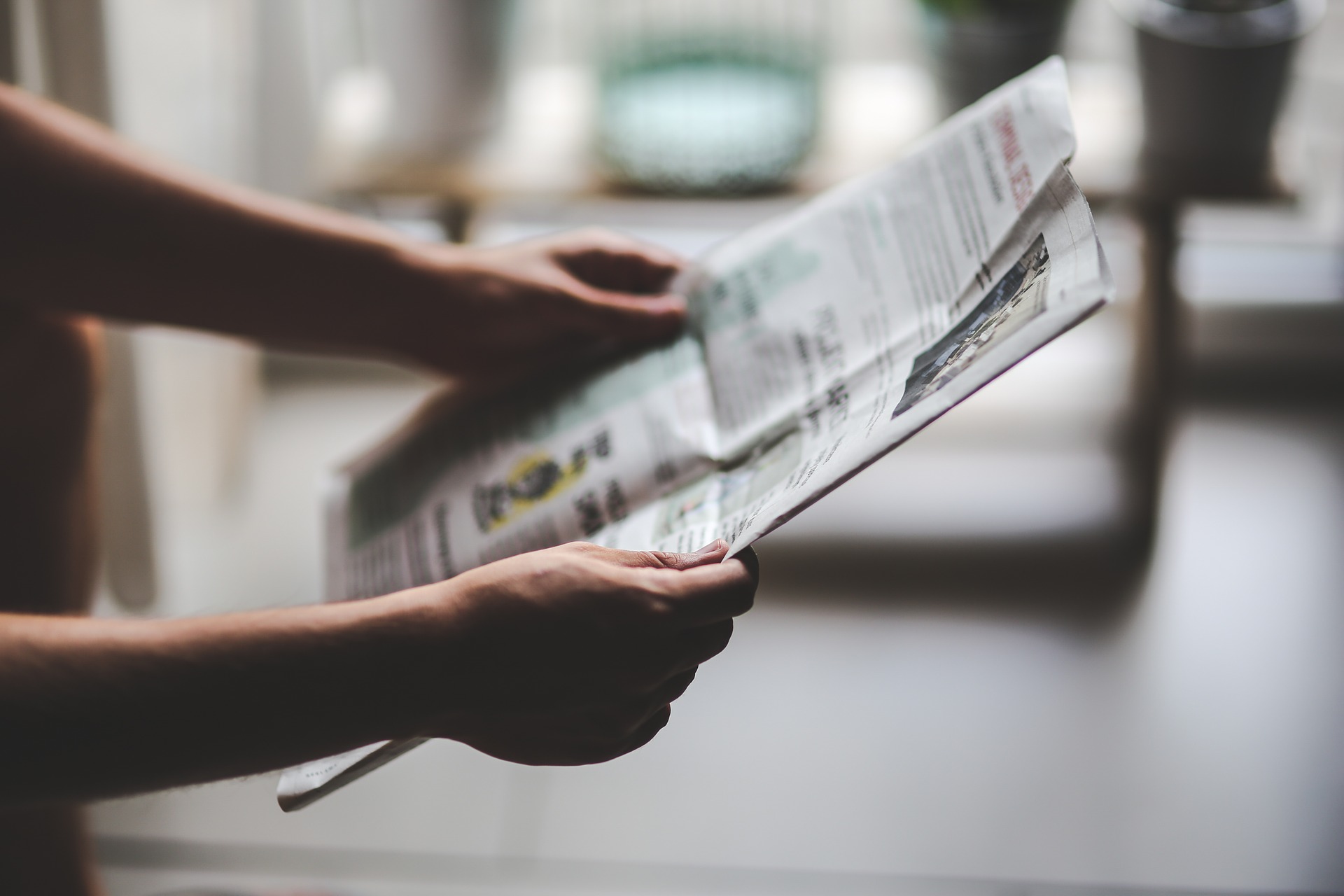 21 Extraordinary Newspaper Statistics You Should Know About in 2022

Print media has been declining in the US and around much of the world for almost two decades.

The smartphone age and the 24-hour news-cycle have reshaped what Americans expect from their news outlets in ways that may surprise you.

But digital competition isn’t the industry’s only problem anymore.

As you’ll learn from these newspaper statistics, the COVID-19 pandemic hit the industry hard. The resulting financial crisis led to pay cuts and layoffs. Worse yet, many smaller newspapers across the country folded in 2020, leaving numerous journalists without work and even more readers without a reliable source of local information.

1. Since the 1950s, there’s been a trend of consolidation and lessening competition.

The largest newspaper chains have been buying up smaller competitors for decades. Nowadays, 80% of all daily newspapers are owned by large media corporations, which usually operate multiple TV networks and various online media ventures, in addition to print and digital publishing.

3. The US newspaper circulation numbers are at their lowest since 1940.

According to the latest available data, the combined daily print and digital circulation is estimated at 28.6 million, while Sunday press circulation is hovering over 30.8 million.

In the first three months of 2020, no major print newspaper has circulated more than a million copies daily — resulting in the industry’s least successful year since 1940.

As online media consumption grows, print newspaper sales decline, resulting in a lesser market share and making the medium less appealing to advertisers. From 44.17 million copies in 2016, the volume is projected to drop to 43.6 million copies by 2025. This fall in market consumption volumes will inevitably have an impact on newspaper profits.

(The New York Times, Hussman School of Journalism and Media)

Across the US, newspapers have been closing and laying off staff.

The disappearance of many local daily papers is a major contributing factor to the newspaper industry’s decline. This phenomenon has left many journalists jobless and dozens of counties without a reliable source of information on local issues.

In 2020, the COVID-19 pandemic also had a massive impact on US print media. More than 300 papers nationwide closed their doors due to the resulting financial crisis, and at least 6,000 US journalists have lost their jobs since the pandemic’s outbreak.

Historically, advertising has been the single biggest source of revenue for papers. But due to the global pandemic, the median ad revenue of all publicly traded US news companies fell by a staggering 42% between the second quarter of 2019 and the same period in 2020.

With the decline of print advertising, many papers began relying on digital for their much-needed advertiser dollars. However, newspaper statistics show that digital ad revenue was down by 32% in 2020, leaving even the well-established papers strapped for cash.

With newspaper revenue plummeting due to lack of advertising, papers are turning to online subscriptions and paid content to secure their financing.

According to a 2020 survey, 20% of US news readers paid to access online newspapers, most of them by subscribing to their favorite paper’s digital edition. This marked an increase of 4 percentage points from 2019, indicating that this model is slowly catching on in the US.

Of the people who subscribed to digital newspapers in 2020, 39% chose The New York Times. The Washington Post was second, with 31% of American news readers saying they had an online subscription to the paper. Interestingly, 30% subscribed to their local papers’ online editions, thus helping them overcome the pandemic-related financial struggles.

9. The Wall Street Journal had the highest print circulation of all US newspapers in 2020.

Newspaper sales statistics from the year’s first quarter show that The Wall Street Journal was by far the most popular with 994,600 copies distributed daily. All other papers were below the 500,000 mark — USA Today with 486,579 copies, The New York Times with 410,562, and The Washington Post with a daily circulation of 206,824 copies. 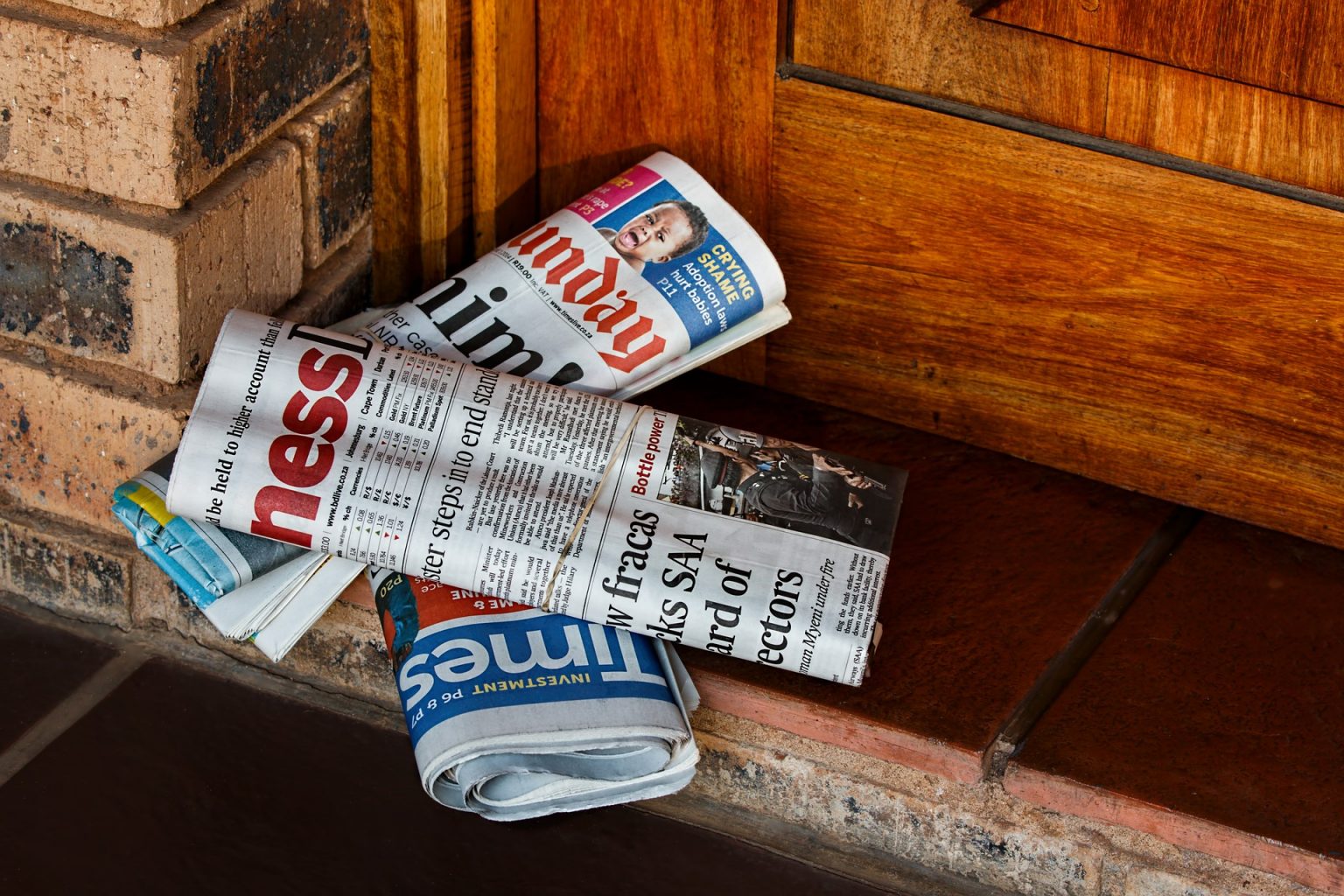 Newspaper Readership Trends in the US

10. Only 3% of US adults cite newspapers as their main news source.

Of all traditional media outlets, print has lost the most audience. In 2020, only 3% of American adults cited newspapers as their primary source of information. For comparison, 8% said they get their news from the radio, while 45% said they get it from television.

Due to the COVID-19 lockdown and physical distribution problems, print newspaper readership saw a substantial decline in 2020. According to an April 2020 survey, just 16% of Americans said they got their news from physical newspapers, among other sources.

13. 73% of American consumers have faith in their local newspaper.

Despite the negative newspaper circulation trends in recent years, many Americans still have confidence in their local newspapers. Times may be challenging, but small dailies are seen as the most significant, trustworthy sources of information in their communities. These journals also provide more local reporting compared to TV, radio, and web-only outlets.

14. 54% of newspaper subscribers said they prefer print, and 28% said digital.

Newspaper subscription numbers are still heavily leaning toward print. This is especially true for adults aged 65 and over who pay for the news they consume. About 72% of them are more likely to choose print than digital. Adults aged 18–34 like both formats equally: 42% say they’re likely to pay for print news, and about the same number would opt for digital.

15. 53% of print subscribers have had their subscription for five years or longer.

The older adults who make up the majority of print subscribers have been paying for their local or national newspapers for several years. Most of them say they’d prefer to continue their print subscription, with 79% saying they’re unlikely to switch to digital and just 5% considering moving to digital.

They also feel they can get more news in print. Their number one consideration is the quality of the news content and the publications’ coverage of topics and issues they care about. Print subscribers also believe newspapers help them stay informed and be better citizens.

17. 64% of digital subscribers say they chose it for accessibility.

The decline of newspapers due to internet media consumption bodes well for the future of digital subscriptions. Digitally-oriented subscribers prefer this format because it gives them easy access to the news on the go. Other reasons for going this route include the lower price compared to print and more frequent updates of developing stories. 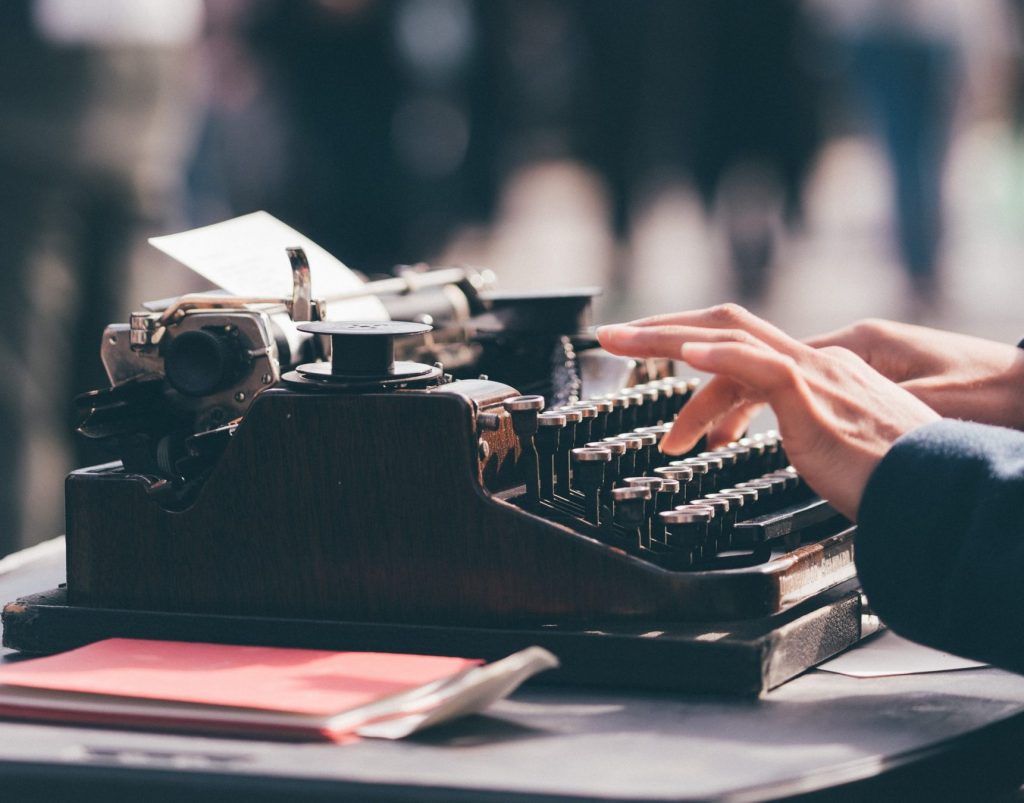 Jobs in the Newspaper Industry

Across the United States, newsroom employment has continuously slid, with job losses at newspapers leading the fall. In 2008, about 114,000 newsroom employees were working in five news industries. That number has collapsed to 88,000 — a total of 26,000 jobs lost.

It’s important to note that these newspaper employment decline statistics are from before the COVID-19 pandemic hit the industry. With thousands of journalists left jobless in 2020 alone, the updated numbers will likely be significantly lower.

19. The number of newsroom employees working in the newspaper sector fell by more than 50% since 2008.

The decline in newspapers’ circulations has inevitably led to the decimation of newspaper jobs. In 2008, more than 71,000 newsroom employees worked for newspapers, accounting for 62% of all employees across five news industries. However, recent newspaper statistics show their share in the newsroom has since dwindled to just 40% (34,950 employees).

The grass is greener where it’s pixels-only. From 7,400 to 16,000 in less than ten years, the staff count of digital newsrooms has more than doubled. However, this 8,600 rise is small potatoes next to the newspaper newsroom employment decline over the same period.

In this regard, newsroom employees are behind college-educated workers from other industries and occupations. Still, they fare better than the average worker in the country, whose median annual income is just over $39,000. Editors have a median wage of $49,000, while reporters earn a median annual wage of $35,000.

These newspaper facts are taken from a survey conducted before the COVID-19 pandemic. Many newsrooms have since cut their employees’ salaries to avoid firing the staff in the face of pandemic-related financial hardships. As such, when it becomes available, the 2020 financial info will likely show at least a small decrease in the median newsroom salary.

Where Do We Go From Here?

The future of print journalism in the US looks bleak. Newspaper readership has been steadily falling over the last few decades, and it shows no signs of stopping.

In 2020, the pandemic and lockdowns made the physical distribution of print publications more challenging than ever. It is thus no surprise that the newspaper circulation data shows such low figures. With the pandemic still limiting people’s access to newspapers and ad revenue steeply declining, publishers will have to find new revenue sources to survive.

Although many people — especially senior citizens — aren’t giving up on print anytime soon, the move to digital is the best step forward for the newspaper industry and publishers. In today’s technology-driven world, it will allow them to reach audiences of all ages, have a more significant public impact, and monetize their reporting via digital subscriptions.

Yes, the massive drop in circulation numbers and advertising means newspaper sales are suffering as well. Readers are less interested in print newspapers, which are typically more expensive than digital subscriptions. More and more people turn to digital instead, trading editorials for quicker reads, more timely news, and regular updates.

How much is the newspaper industry worth?

How many people still read newspapers?

According to a 2020 survey, 16% of US adults got their news from newspapers, among other sources. This translates to about 40.8 million Americans who read newspapers at least once during the year. Only 3% of Americans cited print newspapers as their primary source of information, meaning that close to 7.7 million US adults still regularly read newspapers.

How many newspapers are sold annually in the US?

Due to the complex circulation reporting process, it’s impossible to say precisely how many copies of print newspapers are sold each year. However, the most recent data shows that all US dailies circulate just under 28.6 million paid copies a day or about 10.4 billion a year.

The downward newspaper industry trend continued in 2020 when no newspaper managed to circulate more than 1 million copies a day, and only one crossed the 500,000 mark. With that in mind, the actual circulation numbers are likely considerably lower than this.

How many newspapers are printed daily?

Across the United States, there were 1,260 daily newspapers in 2020, a 1.5% decrease from 2018. Looking at historical data, 488 daily newspapers have disappeared over the last half-century. This marks a 28% drop in the total number of US dailies over 50 years.

What is the most widely read newspaper in the world?

According to the latest available data, Yomiuri Shimbun has the highest paid circulation in the world. One of Japan’s five national dailies, it sells more than 9 million copies a day. Interestingly, the newspaper is published twice a day and has several local editions.

What is the most read newspaper in the United States?

For years, USA Today had the highest circulation of all US daily newspapers, but The Wall Street Journal took the lead in 2020 with 994,600 copies distributed daily in the year’s first quarter. According to newspaper statistics, USA Today is now in a distant second with just 486,579 copies circulated daily, and The New York Times is third with 410,562 copies.