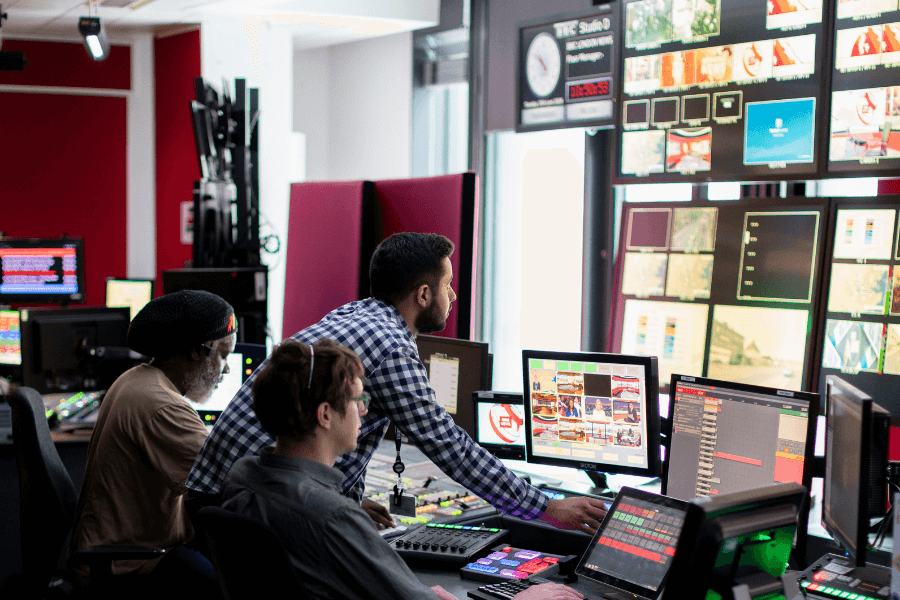 CNN and Fox News have come a long way since they were founded. Both hold some of the highest ratings nationwide for prime time and fiercely battle to top each other every week. Even though Fox News has been around for less than 16 years compared to CNN, it has dwarfed its lifelong competitor in recent times.

This begs the question: as of now, which company is doing better? Is the Fox News viewership vs. CNN battle over yet? Is this truly a back-and-forth struggle for higher ratings, or can we already decide who the definitive news station is? We have crunched the numbers to make some interesting conclusions.

You’re intrigued to find out which one’s the best, aren’t you? So, let’s delve straight into this.

February started well for Fox News. The network was the only one to break the one-million threshold during the first week of February, achieving an astonishing 1.5 million viewers on average. This puts it well above CNN, which only had over 400,000 viewers on average.

Due to its fantastic start of the year, we can expect the network to remain the leading cable news station in the country. Fox News dwarfed the CNN and MSNBC ratings in 2021 and the beginning of 2022, both during prime time and all-day slots.

Furthermore, among the much desired demographic, which consists of adults aged 25 to 54, Fox News is yet to be seriously challenged by any cable TV channel. This is especially true for the network’s famous program Tucker Carlson Tonight. Although The Five — another one of Fox News’s top successes — managed to achieve slightly higher general ratings, the Tucker Carlson TV ratings indicate that the show dominates the 25–54 age group.

Compared to its competitors, CNN is not in good shape. A lot of factors come into play — the main one being the viewership’s tendency to dramatically rise in election years, then decline rapidly during off-years, such as 2022.

Like most of the top news channels in the USA, CNN thrives off periods of extreme tension. Although eventful, the first weeks of 2022 were not enough to bring substantial viewership — neither during prime time nor all-day slots.

CNN recorded a year-to-year decline that’s greater than 80% from the first week of February in 2021 to 2022. As you’ll see in this article, over the span of its 42-year operation, 2021 was the second-best year for CNN.

3. By February 2022, Fox News had had more viewers than CNN and MSNBC combined for 25 weeks straight.

During the last six months, Fox News has been the most watched news channel in the USA, maintaining record-breaking results for the last four months of 2021 and the first two of 2022.

CNN and MSNBC, Fox News’s two biggest competitors, can’t surpass the TV news giant’s viewership, even with their ratings combined. This is in stark contrast with the Fox News vs. CNN viewership figures in 2019 and 2020. During the COVID-19 pandemic, CNN managed to increase its viewership by 83% from 2019.

2021 ended with CNN being the fifth cable network for prime-time viewers. While this is still an impressive achievement, if we compare these results with 2020’s final statistics, we can notice a major downfall — a 40% decline in overall prime-time CNN ratings.

What happened could not be narrowed down to just a single factor. The most significant one is 2021 being an “off” year, with no elections to cover. CNN’s ratings have always been subjected to heavy fluctuations in these situations.

That being said, we can’t call this a true disaster. We’re still comparing CNN’s two most successful years ever. We can hardly expect it to surpass its most prominent competitor, Fox News, but experts are inclined to believe 2022 will be a somewhat successful year for CNN.

5. Fox News has been the most-watched cable news station for 20 consecutive years.

According to Fox News viewership statistics, the network has been the leading cable news network for a whopping 20 years in a row. This streak started in January 2002, just six years after FNC was established. Since then, no other channel has managed to usurp the title of king of the hill just yet.

Looking at current stats for 2022, we can expect Fox News to keep dominating. Since February 6, 2022, MSNBC and CNN’s ratings combined haven’t surpassed Fox News’s, which is pretty common in the Fox News viewership vs. CNN scenario.

Fox News finished off 2021 as the top cable news network, with a daily average of 1.3 million day viewers. The conservative giant managed to pick itself up after being dominated earlier in the year by both CNN and MSNBC.

More specifically, according to Nielsen’s statistics, Fox News reached a total of 1.3 million day viewers from Monday through Sunday. The Tucker Carlson ratings came out on top, with a huge audience of 3.1 million, overtaking Sean Hannity and ending its four-year-long dominance.

On the other hand, CNN had around 777,300 24-hour viewers, 185,000 of them falling into the advertisement-coveted demographic of adults aged 25–54. These results comfortably won the network the title of “third most-viewed network in all dayparts.”

First of all, why is this “adults aged 25–54” demographic (sometimes referred to as “the demo”) so important when it comes to cable news ratings? Advertisement, that’s why.

Advertisers desperately want to reach financially independent people between the ages of 25 and 54. This demographic is the driving force behind every economy, developed or not.

It’s disappointing for CNN to lose nearly half of its viewers in this age group in 2021. However, this drop was expected. Due to the younger generation’s tendency to follow the news primarily during elections, a drop in CNN ratings during non-election years is not unusual. 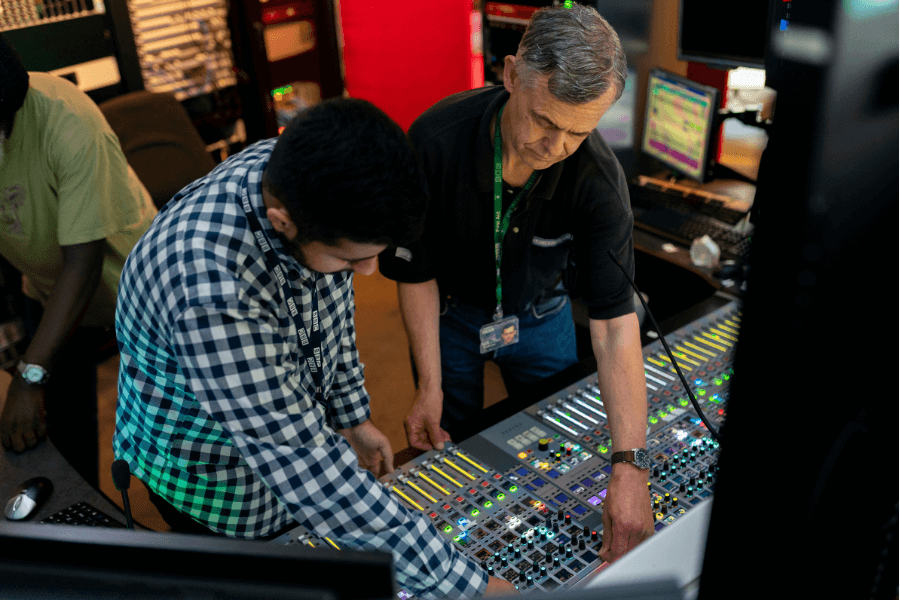 We have mentioned numerous times in this article that 2021 was CNN’s second-best year, right after 2020. The network managed to amass 788,000 total day viewers.

Although the network keeps struggling in this battle for ratings, it surpassed MSNBC in the 25–54 viewership age group, both for prime-time (second consecutive year) and full-day (eighth year in a row).

On top of that, looking closely at cable network ratings, CNN managed to get the second-biggest share of cable news viewership in 21 years. It was also noted as one of the top five networks for cable TV. These results cement CNN as one of the most important TV channels in the United States, apart from Fox News.

Again, all news network ratings are drastically lower than the 2020 figures. However, due to the comparatively lower points of tension in 2021, we should have expected it.

2021 was an off year for everybody — Fox News included. While we already mentioned plenty of times how much CNN and MSNBC suffered from the lack of major tension points, such as elections, to cover, we also have to talk about Fox News’s statistics in 2021.

What caused the Fox News ratings decline in 2021? Better yet, why did all the major cable news networks’ ratings drop so consistently?

First of all, unlike CNN, Fox News hasn’t suffered from a lot of fluctuation in viewers over the years. However, it experienced a viewership decline in 2021, with fewer events to cover.

Additionally, 2020 was an extremely tense year. Everybody focused on the COVID-19 pandemic and one of the most crucial presidential election campaigns in almost two decades. On the other hand, 2021 did not have all these events to cover. Naturally, this caused the Fox News rating to drop.

Overall, Fox News ratings declined in 2021 when compared year-over-year with 2020. However, compared with other cable news networks, it is, in reality, holding its ground well against its competitors while trying to withstand the challenges that arise in this digital age.

Fox News and CNN are arguably the two most influential cable news networks in the United States. Millions of Americans nationwide follow one or the other.

The past two years have done nothing but instigate the Fox News viewership vs. CNN contest. While 2020 turned out to be a year of growth, 2021 was a year of stagnation for both networks. It shouldn’t be taken lightly when we say that 2022 is another crucial year for cable news networks. Although Fox News seems to be dominating for the 21st year in a row, CNN can still turn the tables.

What is the most watched news network?

Currently, Fox News is the most watched cable news network in the United States. It has held this title for 20 years in a row, and it doesn’t look like this cable news giant will be dethroned anytime soon.

In 2021, MSNBC and CNN came in second and third to Fox News, respectively. However, any of these major players can overturn the giant at any moment.

How many viewers does Fox News have?

During the first week of February 2022, Fox News managed to amass a whopping 1.5 million viewers on average, which was an increase of 200,000 viewers from 2021’s average viewership.

In 2021, Fox News also managed to reach an average of 2.35 million prime time viewers — an impressive result for cable news. Of these, 371,000 were adults aged 25–54, putting FNC above its competitors.

Fox News’s audience is primarily conservative, comprising a substantial 60% of American conservatives. Furthermore, 29% of liberals nationwide watch Fox News. Even though Fox News is a conservative network, it has more liberal viewers than CNN.

Age-wise, Fox News holds the majority of viewers aged 25–54, which is a key demographic. However, this does not mean that FNC’s audience is younger — its median age for prime time TV is 68.

How many people watch Tucker Carlson?

According to Forbes, Tucker Carlson Tonight averaged 3.4 million viewers in January 2022. Since then, the show has maintained this viewership, only occasionally oscillating above or below another one of Fox News’s most popular shows, The Five.

In 2021, Tucker Carlson was the most watched cable program nationwide in all measurements.

How many viewers does CNN have?

Nielsen reports that on February 16th, 2022, CNN had 534,000 total viewers, 23.6% of them falling into the key demographic. Both figures show a drastic decline when compared to figures from 2021.

CNN lost a staggering 48% of viewers aged 25 to 54 in 2021. It’s no wonder that when it comes to the Fox News viewership vs. CNN, the former always wins over the latter.