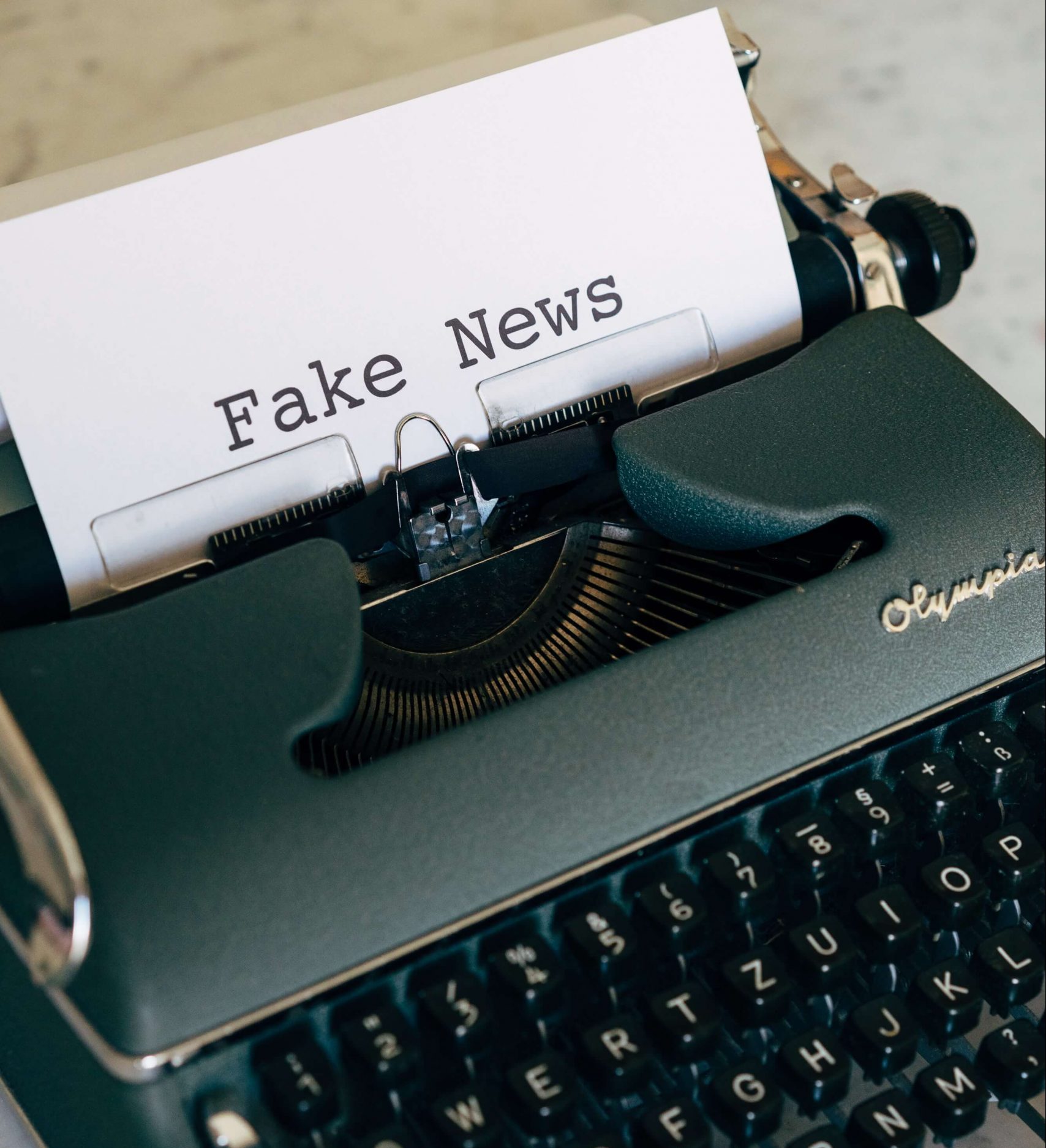 18 Intriguing Yellow Journalism Facts Showing Its Impact on the Public

By definition, journalism should be all about providing fact-based reporting and information to the public. But over time, professional standards have been cast aside in favor of cheap sensationalism, giving rise to the entertaining yet potentially dangerous — yellow journalism.

As you’ll see in this yellow journalism facts overview, media outlets have become fascinated with scandals, affairs, and gossip. More recently, we’ve witnessed the rise of “fake news,” a form of quasi-journalism that relies on falsified information to capture people’s attention.

Let’s look at yellow journalism and examine its impact on the current media landscape.

1. Yellow journalism dates back to the end of the 19th century.

(Office of the Historian, JSTOR Daily)

The term “yellow journalism” was coined in the 1890s to describe the battle between news moguls Joseph Pulitzer and William Randolph Hearst. To increase their respective daily newspapers’ market share, they started sensationalizing the news and putting exaggerated, eye-catching titles on the front page. Writers then began referring to this type of journalism as “yellow” to distinguish it from serious, fact-based journalism.

2. This style of journalism got its name after a comic character.

Around that same time, Pulitzer’s newspaper published a comic strip featuring a character called “the yellow kid.” One of the lesser-known yellow journalism fun facts is that this sensational journalism style was named after the comic character.

The character himself was involved in the war between the two moguls. When its creator left Pulitzer’s newspaper to join Hearst, Pulitzer hired another cartoonist to make a similar character. Both battling newspapers started publishing competing versions of the “yellow kid” comic strip, so contemporaries began referring to their war as the battle of the “yellow kids.”

4. Yellow journalism has evolved into what we now refer to as “fake news.”

With the rise of the internet, journalism has moved to the digital world, and yellow journalism followed suit. In this era, yellow journalists gradually shifted their focus away from celebrities as politics became the primary entertainment source — and we eventually got “fake news.”

This term refers to two types of news. The first type contains entirely fabricated information presented as a news story. The other type contains some accurate information but is presented in a highly exaggerated, sensational style to attract clicks and views.

5. The exaggeration of negative news has serious and measurable consequences.

Exaggeration is at the core of yellow journalism, and its consequences can be very harmful. Research-based yellow journalism stats show that the exaggeration of negative news can skew people’s perception of reality. For example, due to sensationalist tornado reports, most Americans believe tornadoes have a higher death rate than asthma, even though they actually kill about 50 people per year, compared to 4,000 who die of asthma complications.

6. The circulation of the yellow press has been declining for years.

It’s no news that print journalism has been rapidly declining over the last decade. Regardless of their sensationalist content, yellow journalism newspapers — mostly tabloids — seem to have met a similar fate. The UK is particularly notorious for its numerous tabloids, but their circulation is collectively dropping each year. Between 2018 and 2019, the Daily Star saw a 14.9% drop in circulation, The Sun fell by 12%, and the Daily Express decreased by 9.1%.

7. 51% of journalists believe delivering 100% accurate information is more important than revenue or exclusivity.

Although distrust in the media in 2020 is a lot lower than it was in 2017 (59% to 91%), a large portion of journalists still thinks there’s a lot of work to be done to fix the relationship between the public and the journalism industry. However, this data can also be read differently, as one of the interesting facts about yellow journalism — namely, 49% of journalists think revenue and exclusivity are more important than accurate reporting.

8. 59% of journalists think the public has lost trust in news journalism during 2020.

2020 was a challenging year for journalists due to many global events they had to cover, not least the coronavirus’s spread. Due to these hardships, Cision’s most recent study shows that most journalists believe the public has lost trust in news reporting.

Understanding yellow journalism’s importance is even more crucial, considering that most serious journalists work very hard to bring the right information. According to the study, 42% plan their stories up to a month before publication, while 36% plan at least a day ahead.

According to Statista’s survey, more than half of news watchers worldwide have seen fake news on television. Based on reports from individual countries, fake news is most prevalent in Turkey (76%), Egypt (67%), and Russia (67%), and it’s least common in Germany (34%).

Fake news isn’t exclusive to US or UK journalism. Europeans are almost equally affected, as over two-thirds of them encounter fake news once a week. Among European countries, fabricated news stories are most common in Spain and least observed in Finland.

Bulgaria tops the list of European countries with the highest rate of distrust in print media. Other countries where a high percentage of people tend not to trust their local newspapers include Greece (39%), Slovakia (34%), and Croatia (34%).

12. Cold, hard yellow journalism facts: exaggerated reporting is one reason why more than 40% of people avoid watching the news.

In the US, 41% of respondents say they frequently or sometimes avoid watching the news. The highest share of those who do so is observed in Croatia (56%), Turkey (55%), and Greece (54%). For 57% of them, the main reason is that they see news as a source of negative mood. Another 35% avoid the news because they don’t feel they can trust them.

13. According to yellow journalism statistics, 74% of people were worried about fake news spreading at the beginning of the coronavirus pandemic.

There was no global event in 2020 that shed light on yellow journalism’s dangers like the COVID-19 pandemic. A tremendously high number of respondents in a worldwide study conducted in March 2020 reported they were worried about the impact fake news could have on the information about the virus’s spread. They weren’t wrong — a later survey found that 62% of Americans believed the media had exaggerated their coronavirus reporting. 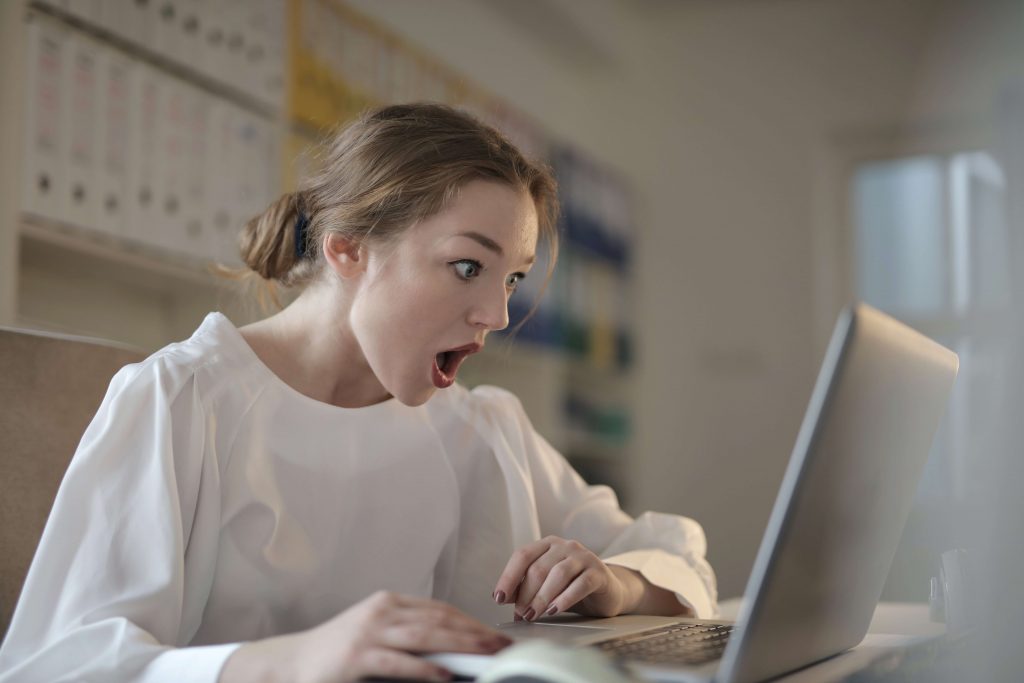 Facts of Yellow Journalism in the Digital Era

Sensationalist reporting and fake news have moved from print journalism to the online world, and the audience has noticed. A 2019 UK survey found that 37% of people had less or much less trust in online news than they had in the year before. For comparison, only 5% of the participants said they trusted online news more, which may have to do with social media creating “bubbles” of users who follow news tailored to their beliefs and political leanings.

Fake news statistics from a 2020 study show that Facebook refers to untrustworthy websites more often than Google, Twitter, and even emails. Namely, the data taken ahead of the 2016 presidential election revealed that Facebook linked to dubious websites 15% of the time. At the same time, only 6% of news links posted on the platform referred to trustworthy sources.

16. 6.6 million tweets linked to fake news ahead of the 2016 presidential election.

Researchers are still examining the effects of fake news dissemination on the 2016 US election. The yellow press facts from a 2018 Knight Foundation study show that Twitter is also home to many posts linking to fake news and conspiracy theory sources. According to the findings, 80% of these posts were still active two years after publication.

17. 62% of Americans believe social media sites have too much control over the information people receive.

Social media companies have given media outlets the platform to distribute their news faster than ever, but they’ve also become notorious for sharing fake news. 55% of Americans think social media gives users a worse — and potentially more dangerous — mix of information than they would typically get, yellow journalism statistics reveal. Most platforms are now developing AI systems to promptly detect and remove fake news and conspiracy theories.

18. 41% of journalists think that social media algorithms will change the way they work.

Changes in the way we consume news are coming faster than our ability to adapt to them. Journalists have to speed up their reporting to compete with social media algorithms, often resulting in sensational stories designed to attract clicks and likes rather than provide information. However, it’s encouraging to note that almost 60% of journalists in a 2020 survey said they wouldn’t let social media algorithms affect how they’re reporting the news.

Although most media outlets still value accurate reporting based on trustworthy sources, yellow journalism remains a pressing issue in this digital era.

There’s no doubt that the world of journalism is ultimately fueled by revenue. However, according to many in the industry, this shouldn’t come at the cost of providing fact-based information to the public. As the industry continues to combat fake news, it will also have to work hard to rebuild the trust between the people and the media.

What is yellow journalism?

Yellow journalism is a type of journalism that relies on sensationalism rather than the truth. The primary goal of yellow journalism isn’t to deliver accurate information but to increase revenue. To do so, journalists fill their stories with metaphors, hyperboles, and other tricks to attract readers and viewers. More recently, “yellow” reporting has been replaced with fake news that also contains fabricated information — to some extent or entirely.

(Office of the Historian, JSTOR Daily)

Yellow journalism first appeared in the 1890s. At that time, William Randolph Hearst and Joseph Pulitzer, two competing newspaper moguls, were battling to increase their daily papers’ market share. To achieve this, they started exaggerating negative news and putting sensational, eye-catching titles on the front page to entice readers to buy them.

Why do they call it yellow journalism?

It was named after “the yellow kid,” a comic strip character popular in the 1890s. Pulitzer’s newspaper initially published this comic. But when Hearst hired the comic’s author away, Pulitzer found another cartoonist and tasked him with creating a new version of “the yellow kid” comic. Both moguls then began publishing different versions of the comic strip, which inspired their contemporaries to refer to their war as the battle of the “yellow kids.”

Why is yellow journalism dangerous?

What information is mostly covered in yellow journalism?

At the end of the 19th century, some US newspapers started experimenting with sensationalist reporting to attract new readers. This mostly served as the “gossip-mill” of the town or nation, depending on the paper’s circulation.

Throughout the 20th century, as this yellow journalism facts overview showed, it took off with the rise of celebrity culture and political reporting. Today, yellow journalism covers a range of topics, but it still focuses primarily on public figures, mostly celebrities and politicians.