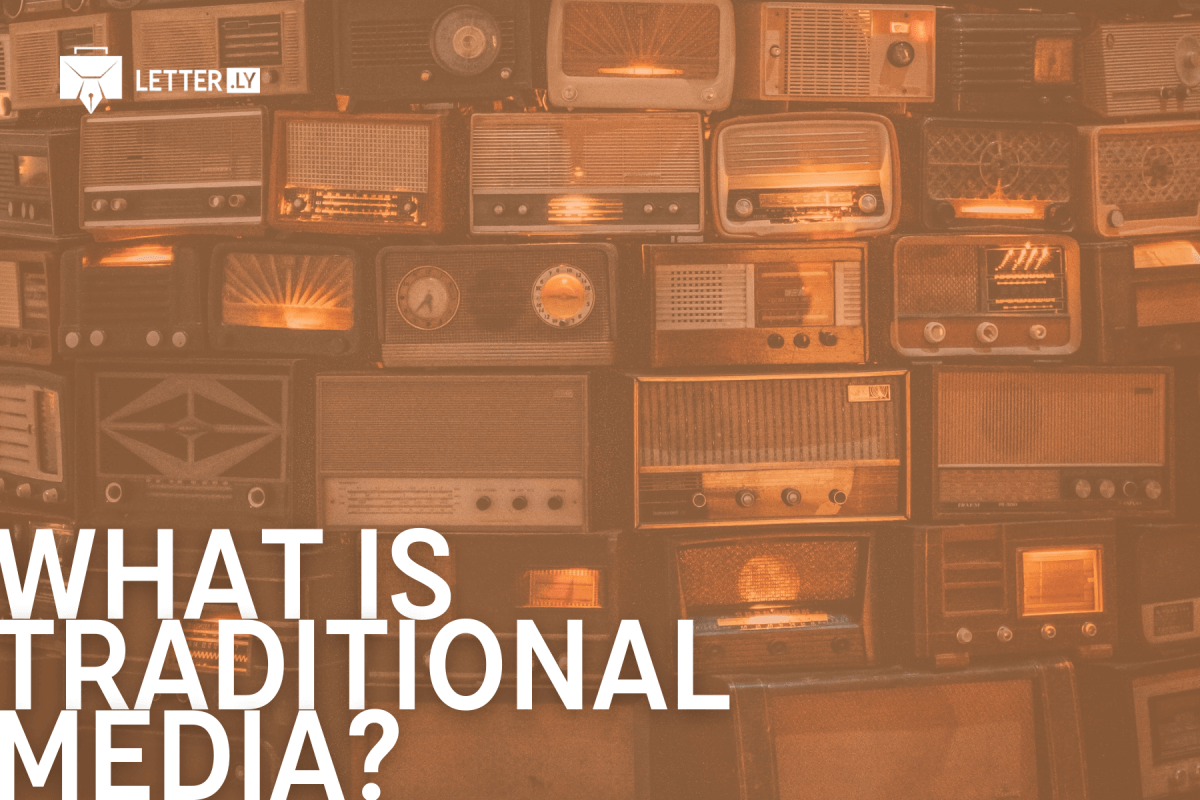 What Is Traditional Media? A Comprehensive Introduction

In an age where information is constantly at our fingertips, it’s hard to imagine a time in which traditional media held such sway. But what is traditional media exactly? Is it still relevant in this digital age?

In this article, we’ll look at the different types of traditional media and their role in today’s society.

What Is Traditional Media?

Traditional media has been around for centuries, and its origins can be traced back to early forms of communication, such as cave paintings and tribal drums. Although new media has eclipsed print and broadcasting in recent years, traditional news media still plays a vital role in society as it’s still the primary source of information for many people.

Media outlets such as newspapers and magazines are also deemed by many as more credible than new media sources such as blogs and social media platforms. As a result, traditional media continues to exert a significant influence on society.

What Are the Types of Traditional Media?

There are many different types of traditional media, each with its own strengths and weaknesses.

The print media refers to any publication printed on paper, whether a newspaper, magazine, or book. In the past, print media was the primary source of information and entertainment, but it has since been eclipsed by electronic media such as television and the internet. Nevertheless, print media still plays an essential role in society.

Traditional press is often seen as more trustworthy and reliable than electronic media, allowing readers to consume information at their own pace. In addition, print media is portable and can be read in places where electronic devices are not allowed, such as on airplanes or in hospitals. As a result, print media continues to thrive despite the rise of digital alternatives.

Television is a form of mass media that uses moving images and sound to communicate information. Some examples of this type of traditional media include static content like news programs and movies.

Televisual media has a significant impact on both individuals and society. On an individual level, television media can influence the way people think, feel, and behave. It can also shape people’s attitudes and beliefs.

On a societal level, traditional media channels can be used to promote positive messages, such as environmental awareness or social responsibility. It can also be used to sell products or to deliver political propaganda. Whether used for good or ill, television media is a powerful tool that can have a significant impact on both individuals and society.

Radio is one of the oldest and most widely used examples of traditional media. It’s a form of broadcasting that dates back to the early 20th century and remains popular due to its portability and versatility. Radio waves can carry audio signals over long distances, making it possible to listen to radio stations from all around the world.

Radio is also relatively inexpensive to produce, which has made it an essential tool for news and entertainment. Additionally, it has the unique ability to reach listeners in cars and other places where other media cannot be easily accessed. As a result, radio continues to be an essential part of the mainstream media landscape.

Traditional media, such as newspapers, books, and television, is still a relevant source of information for society. They provide news and entertainment, and they help shape public opinion.

What Is Traditional Media? FAQ

What is the impact of traditional media?

Traditional media is no longer as dominant as it once was. Nevertheless, it still has a significant impact on our lives. Traditional media can help shape our views of the world and our place in it. It can also provide us with information and entertainment to which we might not otherwise have access.

What are the benefits of traditional media?

It may not be evident at times, but traditional media channels have many benefits. They’re often more reliable than their online counterparts in terms of providing accurate and objective information to the general public because of the stringent editorial standards and fact-checking procedures. Traditional media also has a broader reach than niche websites, making it a valuable resource for advertisers.

What are the challenges of traditional media?

Traditional media channels, such as newspapers and television stations, face many challenges in the modern era. The most prevalent is the reduced readership and viewership. This results in people turning to the internet for their news and entertainment.

Traditional media outlets are still useful today, even with all the digital sources available at our fingertips. For one thing, these outlets have been around for longer and have established a reputation for accuracy and impartiality. Furthermore, it provides more in-depth coverage of stories than we can find online.

What is the difference between traditional and new media?

The emergence of new media has made it difficult for some to differentiate the various channels. One way to tell them apart is to ask defining questions like — what is traditional media, what is new media, and how are they different? Perhaps the most apparent distinction is that traditional media involves one-way communication, whereas new media is interactive. This means that readers or viewers of traditional media have no way to respond to what they’re seeing or hearing. With new media, users can post, comment, and discuss with other users.