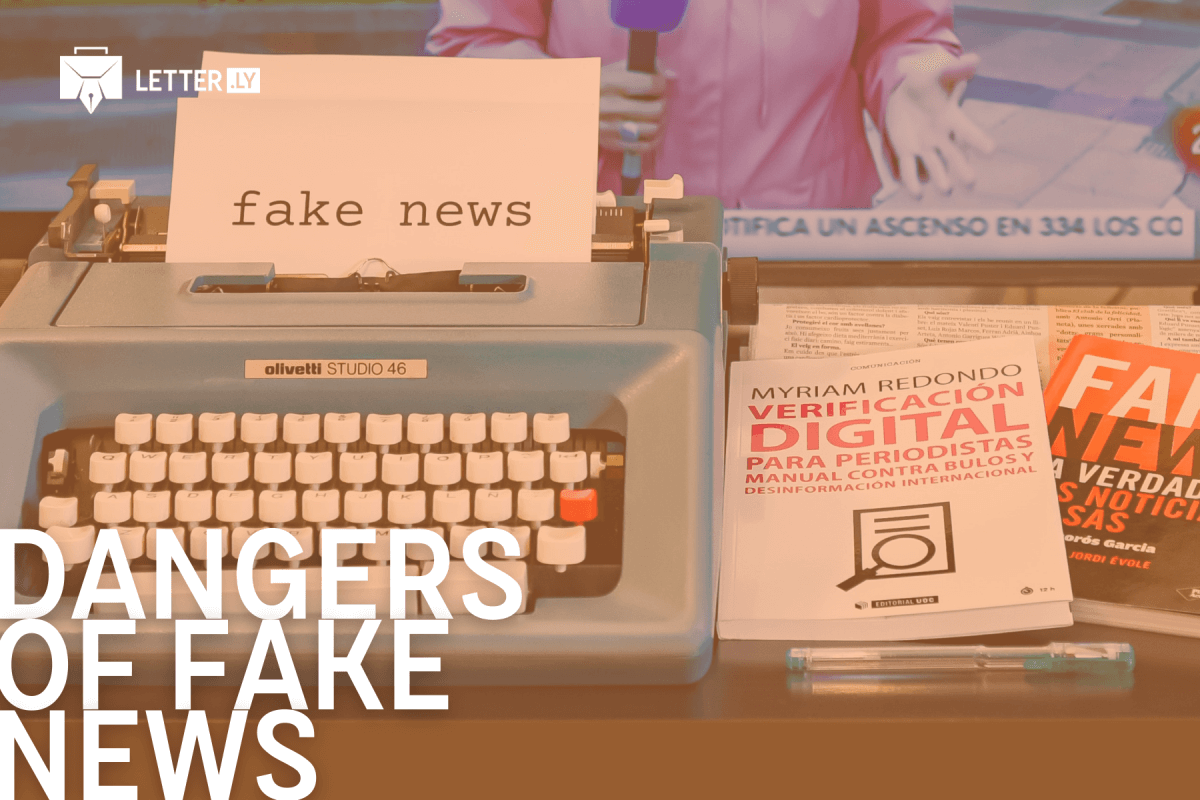 Dangers of Fake News: Why Fake News Is No Laughing Matter

It’s no secret that the internet can be a dangerous place — and it applies to the online news landscape, too. With all the fake news floating around, it can be hard to tell what is real and what isn’t. Unfortunately, a lot of people don’t take the time to learn about the dangers of fake news, and they end up getting duped.

In this blog post, we will outline these dangers of misinformation and give tips on how to recognize manipulative headlines and news sources when you see them.

What Is Fake News?

The impact of fake news is far reaching and has serious real-world consequences. With the rise of social media, fake news can spread quickly and easily reach a large audience.

What Are the Dangers of Fake News?

Fake news can have serious consequences. It can lead to public mistrust of the media, experts, and institutions. Additionally, fake news can cause people to make poor decisions, such as voting for a candidate they otherwise wouldn’t have voted for.

One specific incident in Washington, DC, highlights the dangers of fake news. During the 2016 US Presidential Election, a fake story contained claims about a child sex trafficking ring operated out of a pizza restaurant. A man who was convinced the story was true fired an assault rifle inside the restaurant. Although no one was hurt, the case shows how fake news can spark violence.

The dangers of fake news aren’t limited to the political arena. Here are some areas affected by fake news that may have serious repercussions:

Some people have spread false information about Covid-19, suggesting the coronavirus is a hoax. This caused people to be lax with safety protocols and refuse vaccines.

The effects of fake news extend to the financial industry. Some deceptive articles designed to boost stock prices have led people to risk their savings or retirement income thinking they will get rich quickly.

Importance of Knowing How to Spot Fake News

In this digital age, we’re bombarded with information and misinformation round the clock. We need to be vigilant and learn how to spot malicious stories so we can avoid the consequences of fake news.

Defined as false or misleading information spread deliberately to deceive people, fake news can cause people to make poor decisions, such as voting for a candidate they otherwise wouldn’t have voted for. In some cases, fake news can even lead to violence.

The best way to combat fake news and its ill effects is by being thoughtful about the information you consume and share online. Be sure to share stories from reputable sources, and beware of clickbait headlines and other red flags that may indicate a source isn’t reputable.

Why is fake news dangerous?

Fake news is dangerous because it can quickly spread misinformation and cause people to believe things that are not true. Statistics on fake news have shown how false information and untrustworthy sources have led to division, mistrust, and violence.

Does fake news mislead the public?

Fake news stories are designed to capitalize on people’s fears and prejudices. As a result, they can be highly effective at spreading misinformation and misleading people into believing things that aren’t true and making them act in ways they wouldn’t otherwise.

How does fake news affect students?

Most students get their information from online sources, making them susceptible to fake news and the effects of misinformation. Students who haven’t developed critical thinking skills are at risk of believing false information about current events, historical figures, and scientific concepts.

How does fake news affect society?

Fake news stories often go viral on social media, reaching a wider audience than traditional news outlets. This can have several harmful effects on society. For one, it can mislead people and cause them to make poor decisions. Fake news can also cause people to lose trust in the media and institutions like the government.

Why is fake news a problem?

Fake news can lead people to believe false information and become divisive and untrusting. While these are legitimate problems, the dangers of fake news go beyond inaccurate and sensationalized stories. In many cases, fake news has caused people to become irrational and even violent, as evidenced — for example — by the January 6, 2021 Capital riot.