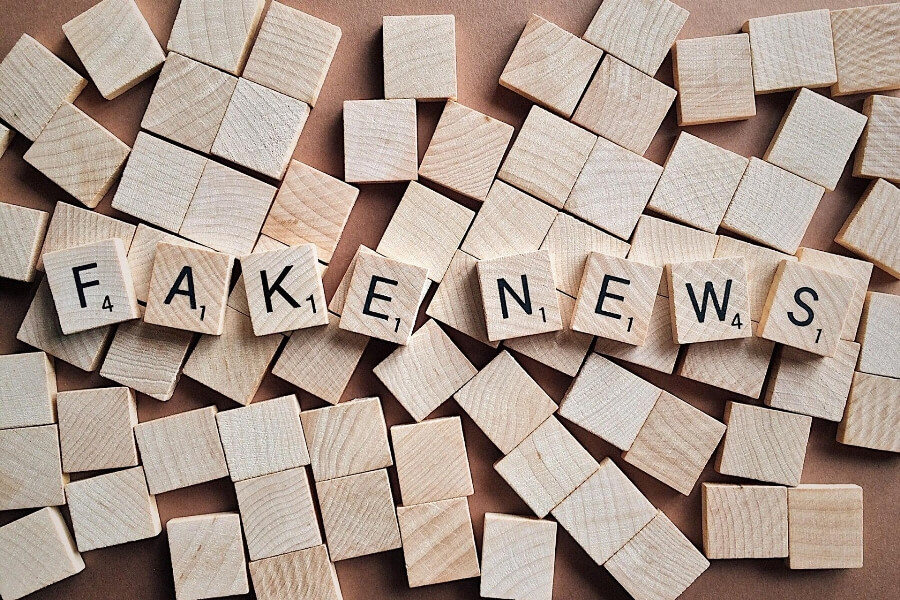 How to Detect Fake News and Avoid Misinformation

Every day, we are inundated with news stories. It can be challenging to know which ones to trust, especially when the lines between fact and fiction are blurred. How do you know if a story is fake? And how can you protect yourself from being misled? In this article, we will discuss how to detect fake news and protect yourself from falling victim to false reports.

What Is Fake News?

Fake news is a type of yellow journalism or propaganda that entails the deliberate spread of disinformation via traditional print, broadcast news media, or online social media.

It is often spread for political gain or to manipulate public opinion. Fake news undermines real news by sowing doubt and confusion, thus eroding people’s trust in the media.

Fake news is not a new phenomenon, but the term has taken on new meanings in the digital age. In the past, fake news referred to stories intentionally fabricated by journalists. Today, social media platforms have become the primary sources of damaging rumors to distort the truth for political gain. In either case, fake news is harmful to democracy and the public discourse.

How to Detect Fake News

In an age when nearly everyone gets their news from the internet, it is harder than ever to separate real news from fake ones. We have so much information available at our fingertips, and it’s our job to separate the lies from the truth.

With the rise of social media, anyone can be a journalist, and words can spread like wildfire before the truth has a chance to catch up. So how can you tell if a story is real or fake? Here are a few key things to look for that can help you determine the authenticity of a story.

It is difficult to identify false news. Even those aware of the damage fake stories cause may not realize they’re reading inaccurate accounts until a friend or a reputable media organization points it out. Here are a few tips that can help you differentiate between fake vs. real news.

With the advent of social media, anyone can publish anything they want without going through the traditional gatekeepers of the media. As a result, it’s very easy for fake stories to circulate and gain traction. These stories often appeal to our biases and can be difficult to spot if we don’t maintain a critical mind.

Here are some tips to help you remain critical of news stories and determine whether they’re real or fake.

By maintaining a critical mind, you can help ensure that you’re getting the real story and not fake news. In this way, you can also help fight the spread of misinformation.

2. Get to Know the Source

With so much information available at the touch of a button, it can be difficult to spot news that is legitimate and differentiate it from questionable news items. That is why so many people fall prey to misinformation. If you’re unsure whether a news item is real or fake, take some time to research the source.

Take a look at the URL. If it looks off in some way, it’s usually a tell-tale sign of a website that’s spreading fake news and misinformation.

Check to see if other people have used the website as a source before. Do a quick research of the website and check for any red flags.

By taking a few extra steps to verify your sources, you can help ensure that you’re getting accurate information.

In order to make sure that you are getting your news from reliable sources, it is essential to learn how to fact-check for fake news detection. When you come across a news article, take a few minutes to see if you can confirm the facts using other sources. Are there other news outlets reporting the same story?

For example, if an article claims that a particular politician was caught in a scandal, you can check whether other news sources are reporting on it. If they aren’t, the story may be fake.

Do they provide links to primary sources? Has a fact-checking organization debunked the story? By taking the time to do a little research, you can help stop these sources of damaging rumors from spreading inaccurate reports.

One of the easiest ways to detect fake news is by reading comments from other readers. If you see a story that seems suspect, take a look at the comments section. If other readers point out factual errors or discrepancies, there’s a good chance that the story is fake.

Of course, you should always take comments with a grain of salt, as some readers may simply be trolls trying to discredit a real story. However, reading comments can be a helpful way to separate a real account from a fake story.

5. Verify That Images are Authentic

Images are often a key component of fake news stories. In most cases, it can be difficult to tell authentic images from counterfeit ones. However, some steps can be taken to verify the authenticity of an image.

For example, reverse image search can be used to find other instances of an image on the internet. If the image only appears on websites known to publish fake news, there is a good chance that it’s a fake image.

In addition, authentic images will often include metadata that can be used to verify when and where the photo was taken. In contrast, fake images will usually have been edited in a way that removes this metadata.

How to Detect Fake News: FAQ

What is real news?

There has been a lot of discussion lately about what constitutes real news. In the age of social media, it can be hard to tell if the news story is real or fake. An accurate account is typically elaborate, corroborated by evidence, and distributed by reputable organizations.

How to identify fake news?

In the age of digital media, you need to be able to spot fake news. There are a few key things to look for that can help you determine whether a piece of information is real or fake. First, check if the news item is coming from a reputable source. After that, confirm if the article is backed up by other sources which are either citing it or reporting on the same story. Finally, read carefully to see if the article is biased, as bias — political or otherwise — is a tell-tale sign of fake news.

How do you know that the information on social media is authentic?

The easiest way to determine if the news is real or fake is to check the source. If you’re seeing something from a reliable news source, it’s more likely to be true than if it’s coming from a personal blog or an unofficial website. Also, look at the tone of the piece. If it seems to be trying to stir up emotion or play on your biases, it’s more likely to be fake news.

What role does social media play in spreading fake news?

Social media is one of the primary channels through which information is disseminated today. While there are benefits to this, it also has a downside: the ease with which fake news can spread makes it a breeding ground for false information. Fake news is often designed to be shareable, and social media makes it easy for those who don’t know how to detect fake news to share it further without verifying its accuracy.