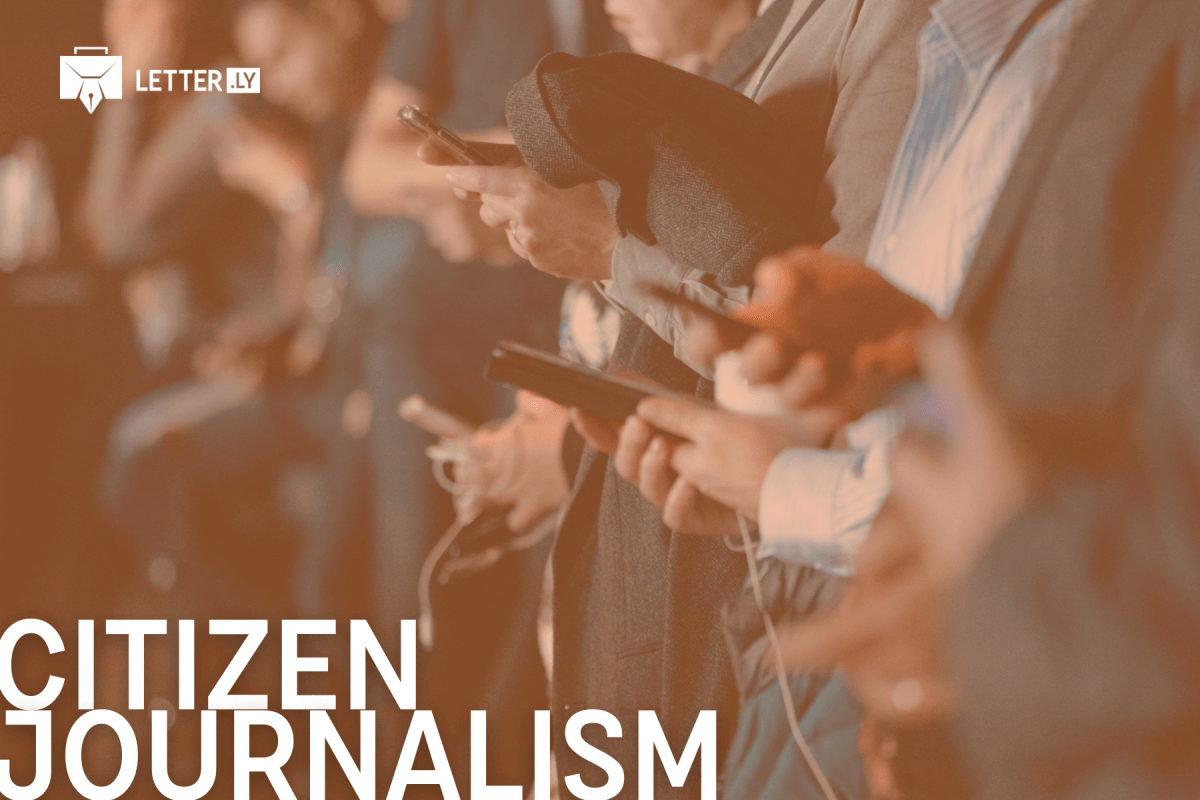 Citizen Journalism: How to Empower People Through Reporting

While traditional journalists are trained to gather news and report it objectively, citizens can offer a fresh perspective by sharing their own eyewitness accounts of events as they happen. This type of reporting can be especially valuable when traditional media is not present or is limited in its coverage.

Citizen journalists can also help fill the gaps left by professional reporters by providing additional information, context, and insights into stories. Despite the growing popularity of citizen journalism, some still doubt its credibility and objectivity.

What Is Citizen Journalism?

Before diving deeper, let’s take a closer look at the citizen journalism definition. Simply put, this type of journalism is produced by regular citizens rather than professional journalists — they collect, report, edit, and distribute news to the public.

As opposed to a professional journalist, citizen reporters don’t need any college education or professional background, but only their writing skills and a social media account.

This kind of journalism is known under many different names, including:

The concept of citizen journalism is not new. In the US, its origins can be dated back to the formation of the country, when activists printed pamphlets about the American Independence from Britain.

Thanks to the advent of the Internet and new technologies, these journalists have grown in number and popularity. In 2000, the South Korean entrepreneur Oh Yeon-ho cited that “every citizen can be a reporter.” He started an online newspaper, OhmyNews, with three other coworkers, reporting on the information that the then-current South Korean press didn’t. This kind of news writing aims to get people’s stories and opinions heard.

Citizen reporters can work independently or collaborate with other news outlets. Let’s take a closer look.

Generally, these reporters create their own stories and publish them without the help of news organizations. Publishers use social media platforms, such as Facebook, Twitter, and Instagram, to share their opinions. Alternatively, citizen journalism can also be done on personal sites and blogs.

Many citizen reporters choose to help news organizations publish their news truthfully. While some prefer commenting on an existing article, others use live vlogging to report an event around that area.

Crowdsourcing is another effective way to deliver stories by collecting news from multiple citizens. In this case, journalists fact-check, analyze, and send their findings to news outlets.

Some believe that citizen journalism is a positive force that gives a voice to the voiceless and shines a light on stories that would otherwise go untold. Others argue that this type of journalism is sensationalized, biased, untrustworthy, and unprofessional.

Mostly, citizen journalism ethics preach holding the powerful accountable and giving visibility to marginalized communities or countries with repressive regimes. By sharing their stories, they can help build empathy and understanding. In addition to that, they provide context and insights into stories that professional journalists are covering.

However, this type of journalism also has its drawbacks. Some problems with citizen journalism include inaccuracy in their reports. Without the same level of training and experience as professional journalists, it’s not a surprise that mistakes might appear.

Unfortunately, many people may inadvertently use non-media journalism to spread misinformation, rumors, or fake news.

In our digital world, citizen journalism can be found everywhere. In recent years, citizen journalists have played an important role in covering significant news events, such as the Arab Spring and the Syrian refugee crisis.

Not to mention, they also helped shine a light on stories that would have otherwise gone untold, such as police brutality and human rights abuses. One of the most notable examples in recent times is the Black Lives Matter movement.

Especially in recent years, the importance of citizen journalism cannot be overstated. This kind of journalism is indeed a powerful tool that can hold people and organizations accountable.

But it’s not without its trappings. Before they start reporting on news and events via social media, citizens must understand how to deliver credible and accurate content. Hopefully, this blog post has given you a better understanding of how you can use it to share news and information with your community.