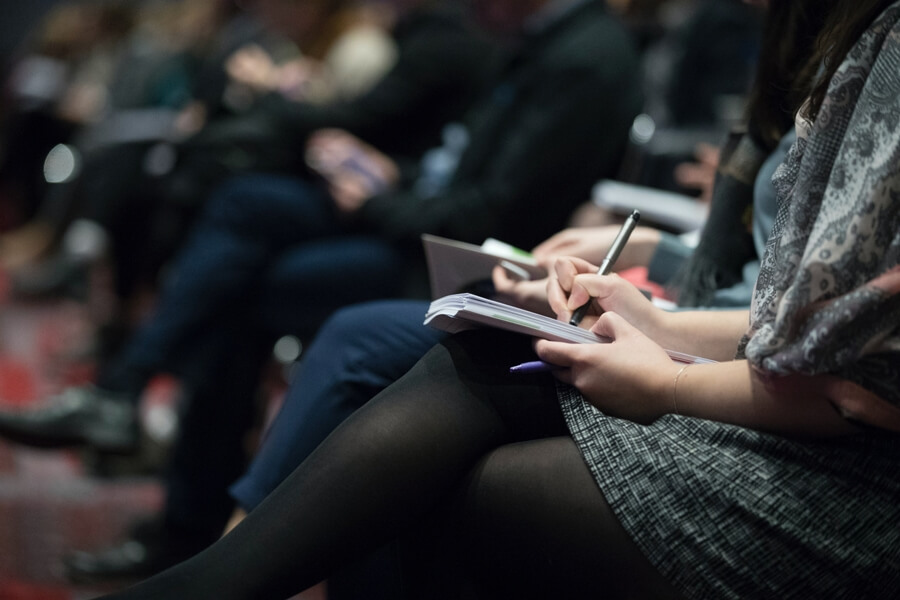 Types of Journalism: A Brief Rundown

In the early days of newspapers, all stories were written by reporters who gathered information from eyewitnesses and officials. But as technology advanced and new ways to distribute news emerged, different types of journalism started to develop.

Are you more into writing traditional newspapers or online magazines? Are you interested in political topics, or are you passionate about the arts and entertainment world?

Whatever your focus is, you will find this guide an eye-opener.

Before jumping into the classification, it is crucial to define journalism.

Journalism is the process of collecting, verifying, and reporting information to an audience. The word itself comes from the French word “journal,” which means “daily.”

News outlets are often described as the “fourth estate,” as they play a vital role in society by keeping the public informed. While the definition of journalism has remained relatively consistent over the years, the methods and platforms for news delivery have changed dramatically.

Journalistic styles come in all shapes and sizes — from the hard-hitting investigative reports to lighter features such as art and entertainment pieces. These different kinds of journalism can be easily categorized into soft vs. hard news. Read on to learn the difference.

Hard news stories are the bread and butter of journalism. They are typically timely, objective, and concise reports on current events. Even though replying to the five “W” questions — who, what, when, where, and why — questions is a must for every good piece of journalism, hard news takes this task literally.

During the Progressive Era (1890s–1920s), investigative journalists were more commonly known as muckrakers. Their duty was to shed light on corrupt corporate and government officials, as well as to expose important social issues such as racism.

If you are interested in uncovering illegal activity and corruption, being a crime journalist might be an exciting pick. Crime journalists often work with law enforcement to investigate and report criminal activity.

Business journalists report on the financial activities of corporations, small businesses, and the stock market. Because the language used in these articles should be specific, it’s only normal for business journalists to have a deep understanding of the economics and business jargon.

Compared to hard news, soft news stories make for a much lighter read. They often feature celebrities, trend pieces, and feel-good stories. If you’re looking to deliver exciting information about the entertainment world, soft news is definitely the way to go.

If you’re an expert in the arts and want to disclose valuable information about your local artists and events, arts journalism is a great way to do so. As the name suggests, arts journalists specialize in topics related to painting, movies, music, theater, and even fashion.

Popstars, influencers, reality TV participants, TV show actors, and members of the Royal Family are the main subjects of celebrity journalists. Not only do they have exclusive access to information, but they also report on gossip, scandals, and the day-to-day lives of the rich and the famous.

Compared to other journalism types belonging to the soft news section, education journalism is more informative. Journalists working in this field primarily focus on school funding, testing, curriculum reform, and other education-related issues.

Reporting on games, athletes, and players’ performance is a task for sports journalists. They often have exclusive access to locker rooms, training facilities, and special interviews. This type of journalism started in the early 1800s to target the social elite and quickly made its way to newspaper and magazine pages.

The main focus of lifestyle journalism is to cover topics related to food, fashion, home decor, travel, health, and much more.

By Medium of Delivery

While it’s important to understand the different fields of journalism, the delivery method is also important. In the past, journalism was primarily disseminated through print newspapers. Today, news is most often delivered via television, radio, the internet, and even social media.

Digital journalism is the latest wave of news gathering and reporting. It uses the internet and digital technology to disseminate news content in real time. So, it’s safe to say that digital journalism is changing the landscape of news reporting and providing new opportunities for engagement and interactivity.

As the name suggests, print journalism refers to every piece of news that is printed on paper, such as in a newspaper or magazine. It generally includes articles, editorials, and opinion pieces written by journalists, as well as photographs and other graphics.

While print journalism has been around for centuries, it has come under increased pressure in recent years due to the rise of digital media. Nevertheless, print journalism remains an important part of the news industry, and many newspapers and magazines continue to thrive.

In addition to gathering and presenting news, broadcast journalists often produce special reports and investigate stories. Many people start this career by working in smaller markets. However, with experience, they can move up to larger markets or even national networks.

Other Types of Journalism

Gonzo journalism is a style of writing that breaks all the traditional rules of journalism. Rather than objective reporting, gonzo journalism emphasizes the reporter’s personal experiences and involvement in the story.

This style of journalism was first developed in the 1960s and popularized by Hunter S. Thompson in the 1970s. Since then, gonzo journalism has been used to report on a wide range of topics, from politics to sports. While it’s often seen as controversial, gonzo journalism is a very effective storytelling method.

The term “watchdog” is frequently used to define agencies, organizations, or people who ensure that everyone is following the rules.

Sensations and exaggeration are common traits of yellow journalism. First used in the mid-1890s, this term was coined to depict the sensational journalistic style used by Joseph Pulitzer’s New York World and his competitor William Randolph Hearst’s New York Journal.

While yellow journalism can be entertaining, it can also be dangerous. When stories are exaggerated or outright false, people can end up making bad decisions based on misinformation.

Types of Journalism: Our Takeaway

It’s undeniable that journalism has come a long way since its early days. Today, there are more types of journalism than ever before, and each serves a different purpose.

With so many options to choose from, it can be tough to know which field or category is right for your story. Hopefully, this article gave you the insight you needed to choose your niche and write your first piece.

What is news journalism?

News journalism is concerned with providing information about current events. This can include reporting on politics, sports, business, entertainment, etc. News journalism typically relies on journalistic principles such as objectivity and impartiality.  In recent years, however, there has been a trend towards more subjective reporting. Whether you prefer your news straight up or with a side of opinion, there’s no doubt that news journalism plays a vital role in our society.

Why is journalism important?

Journalism plays an essential role in our society. It provides us with information about what is happening in the world around us. Without journalism, we would be in the dark about many important events. On top of that, journalism holds people and institutions accountable — it keeps government officials honest and exposes corruption and other shady dealings.

How many types of journalism are there?

While there’s no definite answer as to how many types of journalism there are, each field has its own unique approach. For example, investigative journalism often relies on digging up hidden information and uncovering secrets — an extremely effective way to shed light on important issues, but also very time-consuming and expensive. In contrast, breaking news journalism focuses on providing prompt coverage of events as they unfold to keep the public informed.