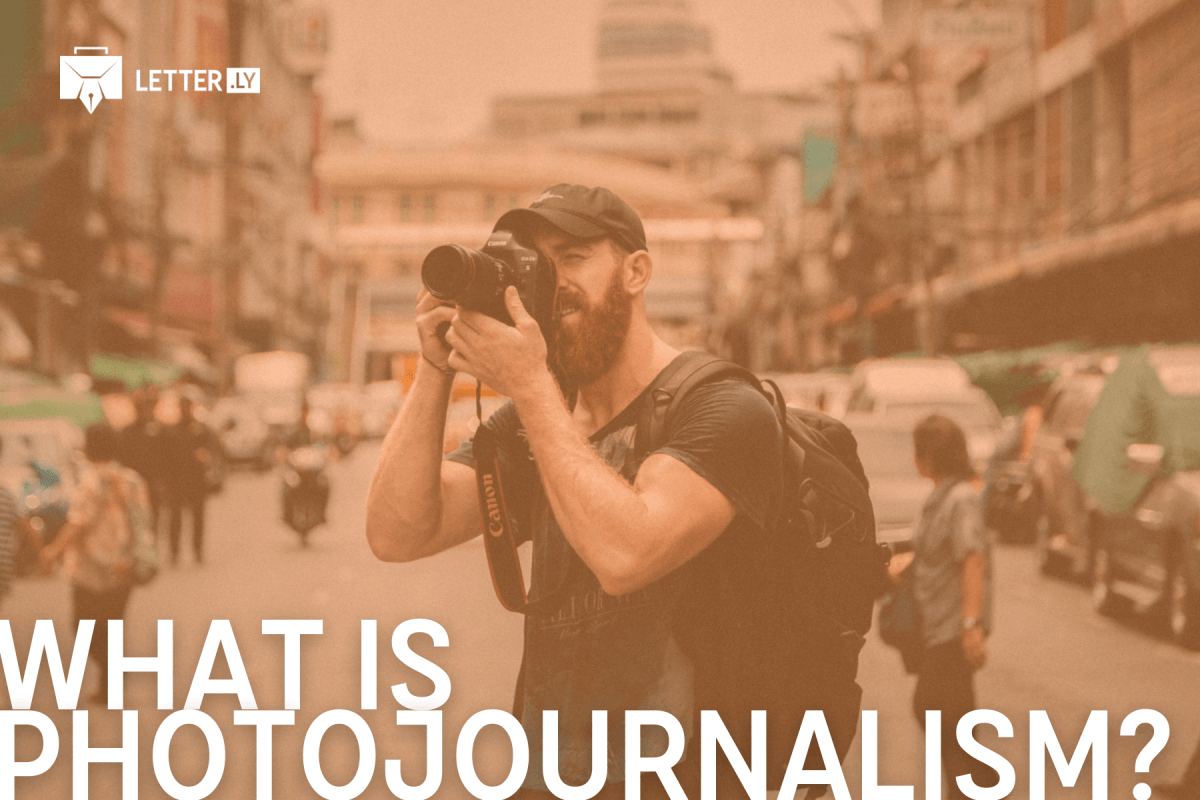 What Is Photojournalism? Everything You Need to Know

When it comes to photography, people immediately think of snapshots — the kind of photos you take with your phone or camera to capture a moment. But photography is much more than that.

For example, many journalists use photography to tell stories and document history. Because they rely primarily on photos, we call them photojournalists. But what is photojournalism and why does it play an important role in society? Keep reading to learn the answer.

In short, photojournalism is a branch of journalism that primarily focuses on telling real stories through images. Photojournalists use their cameras to capture candid moments and report important events.

While traditional journalists rely on words, photojournalists utilize the visual power of photography to communicate their message. In recent years, the rise of social media has made it easier than ever for photojournalists to reach a wider audience. By sharing their photos online, they can instantly connect with people all over the world.

Photojournalism is a relatively new field that emerged in the late 19th century with the development of portable cameras and faster film.

Early photojournalists were often drawn to the war zones of Europe and the Middle East, where they used their new skills to capture conflict and suffering. In recent decades, photojournalism has continued to evolve, with the rise of digital photography and social media giving life to new genres. Despite the technological developments, photojournalists continue to play a vital role in shaping our understanding of the world.

Photojournalism has its roots in war photography, a genre pioneered by Roger Fenton during the Crimean War. Fenton was the first photographer that captured images to depict the consequences of the war. His work was featured in the Illustrated London News, making these photos available to a broad public for the first time.

War photographers risk their lives to report conflict and suffering through the camera lens. Although they are difficult to stomach, their pictures often serve as a powerful reminder of the human cost of war.

When thinking of photo essays, the first work that comes to mind is Country Doctor by William Eugene Smith. This photo essay was first published in Life magazine in 1948.

The essayistic brand of photographic journalism produces collections of images that focus on a specific issue or event to raise awareness.

Photojournalism has come a long way since its early days. With the rise of digital photography and social media, photojournalists now have new tools at their disposal. New technologies have made it easier for photojournalists to reach a wider audience and share their work with the world.

There are many different types of photojournalism, each with its own unique set of upsides and downsides. Let’s take a closer look.

General news photography is the bread and butter of photojournalism. It covers a wide range of topics, from politics to sports to entertainment. This kind of photojournalism usually appears in newspapers and online news websites.

Portrait photojournalism is not your typical portrait-style photography. Apart from choosing a specific subject, these photojournalism photographers aim to capture the emotions and experiences of those caught up in a particular event.

If you are specifically looking to depict the death of a person, obituary photography is your type of photojournalism. These photos are usually published in newspapers or online memorials.

Feature photojournalism can be defined as a news image that provides in-depth coverage of a specific topic or issue. When an important person or event has made the headlines, a feature photographer will give more insight into their family environment and the causes behind that specific event.

Skilled photojournalists do not just snap a few images with their cameras, but they try to send an important message and raise awareness about pressing issues.

The purpose of photojournalism is to document and communicate the events of our world and shed light on stories that often go unheard. By doing so, they give us a glimpse into the reality of the human experience.

Photojournalists must also be careful not to stage or manipulate their photos. In order to maintain the integrity of their work, these journalists should only present what they have witnessed firsthand.

Features of Photojournalism: A Short Guide

When it comes to photojournalism, one of the most important things to do is to identify your subjects. This can be tricky, especially if you’re trying to capture a candid moment or if there are a lot of people in the frame. However, there are a few things you can look for that will help you pick a good subject.

First, look for someone who is engaged in the action or has an interesting facial expression, including people with expressive features or unique facial tattoos. In addition to that, try to find someone who is surrounded by negative space. This will make it easier to focus on your subject and create a more powerful image. By keeping these tips in mind, you’ll be able to take better photos and tell more compelling stories.

Report Events in a Truthful and Unbiased Way

As a photojournalist, it’s important to report on events truthfully and without bias. This can be a challenge, especially if you have personal feelings about the subject matter. However, it’s important to remember that you must focus on the job at hand — document what is happening instead of advocating for a particular point of view.

The best way to report authentic events is to present both sides of the story. This will give your audience a better understanding of what is happening and help them take their stance on the issue.

What Is Photojournalism? Our Takeaway

Although it has been around for centuries, the importance of photojournalism is more pronounced than ever. In a world where fake news is increasingly taking up every corner of the internet, photojournalism is especially necessary.

Photojournalists play an important role in our society, and for a good reason. They depict social and political issues, capture the horrors of war, and report well-researched data about a specific person.

What Is Photojournalism? FAQ

Why is photojournalism important?

In a world where news is constantly being shared online, it’s more important than ever to have visual evidence of the events that are happening around us. Photojournalism is one of the best ways to document and share these events with others. Professional photojournalists often have access to places and people that regular citizens don’t, and they know how to take advantage of technology to get the best possible photos.

What is the difference between photography and photojournalism?

When comparing photography vs. photojournalism, it’s important to keep in mind some key distinctions between the two. Photography is primarily an art form focused on capturing aesthetically pleasing images whereas photojournalism is a type of journalism that uses images to tell a news story. And while both photographers and photojournalists may use similar techniques, their goals are often quite different. The former worry about aesthetics and the latter are preoccupied with the integrity and raw quality of their work.

How do you become a photojournalist?

Now that you know what is photojournalism, you might feel ready to embark on this career path. However, becoming a photojournalist is not an easy ride. First of all, it is important to develop strong skills in both photography and journalism. Most professional photojournalists have at least a bachelor’s degree in communication, journalism, or a related field. Many also complete internships to gain experience. Finally, photojournalists need to be familiar with the latest technology and software, as they often use digital editing tools to enhance their images.