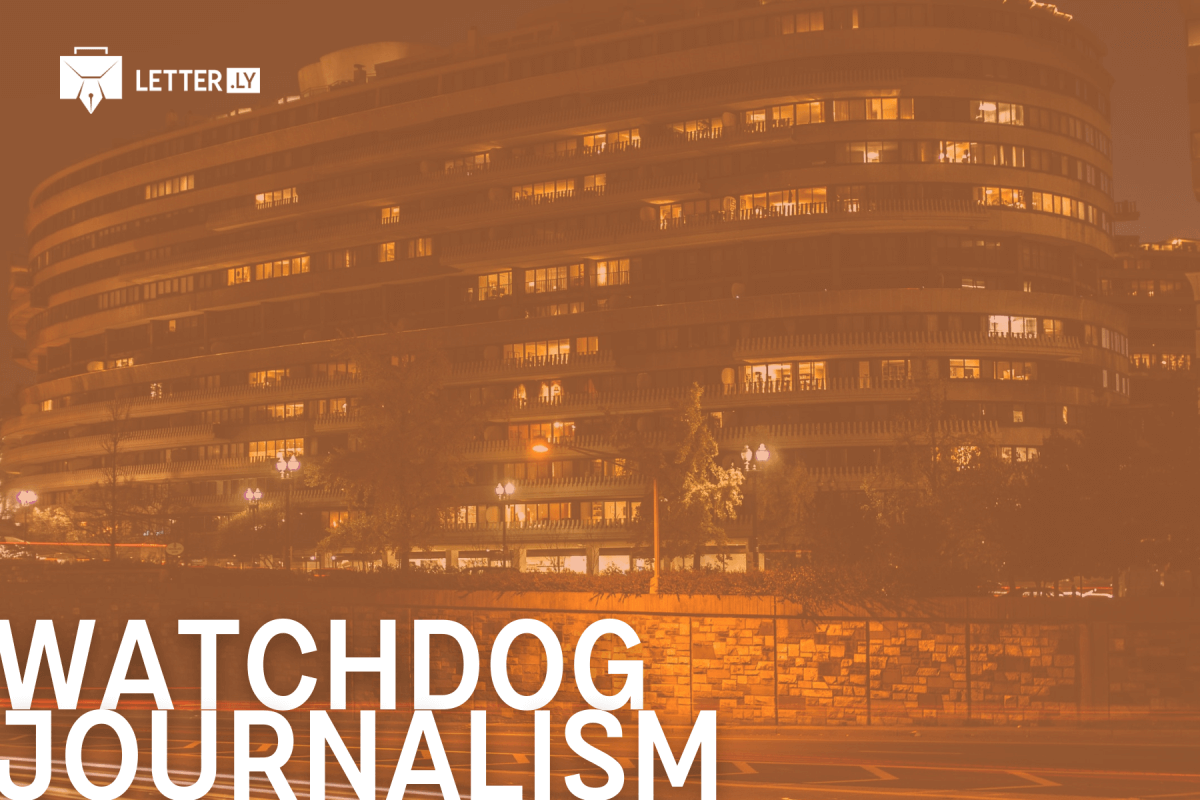 By holding the government and other powerful institutions accountable, journalists play an essential role in ensuring that those in power can’t get away with abuses of power or corruption. And in today’s world, where news outlets are struggling to stay afloat, this type of journalism is more important than ever.

What Is Watchdog Journalism?

How do you define watchdog journalism? This type of journalism refers to investigative reporting that seeks to call people and institutions in powerful positions out for their actions. Generally, it focuses on exposing corruption, fraud, and other instances of wrongdoing.

In many cases, this investigative journalism is done by independent journalists or news organizations, as they are less likely to be beholden to corporate interests or government officials. While it can take many different forms, watchdog journalism typically involves a lot of research and sometimes includes undercover work.

What Is the Purpose of Watchdog Journalism?

The main goal of every watchdog journalist is to collect data to expose the wrongdoings of people holding financial, political, and social power.

By delivering truthful and often shocking news to their intended audience, the general public can understand what’s happening in society and be vocal about their opinions. People can also take action against powerful organizations with protests and petitions to stop their misconduct.

How Does Watchdog Journalism Work?

Watchdog journalism often relies on investigative techniques, such as digging through government documents or interviewing sources. Journalists who specialize in this type of journalism have a deep understanding of how to use public records to their advantage.

One of the most popular watchdog journalism examples is the work of Bob Woodward and Carl Bernstein, who uncovered the Watergate scandal that led to the resignation of President Richard Nixon in 1974.

Other examples of this type of journalism include:

How to Become a Watchdog Journalist

If you’re interested in becoming a watchdog journalist, there are a few things you can do to get started.

First, you should get a degree in a field like journalism, mass media, or communication. It’s especially important for a watchdog journalist to develop strong research, writing, and communication skills. You’ll also need to be tenacious and resourceful, and have a deep understanding of how to use public records appropriately.

Becoming a successful watchdog journalist takes time, patience, and a lot of hard work. But if you’re up for the challenge, it can be an incredibly rewarding career.

Benefits of Being a Watchdog Journalist

It’s true that this kind of investigative journalism comes with a vast number of benefits. Besides holding those in positions of power accountable, it also gives a voice to the voiceless and helps expose wrongdoing that would otherwise go unnoticed.

On top of all that, being a watchdog journalist can be incredibly rewarding on a personal level. Seeing your work make a difference in the world can be an incredibly gratifying experience.

Challenges of Being a Watchdog Journalist

Although watchdog journalism is an important part of the news landscape, it is one of the most challenging types of reporting.

Watchdog journalists need to have a deep understanding of the subject they’re covering. They need to be able to identify potential problems and investigate them thoroughly. Additionally, watchdog journalists need to have the tenacity to keep digging even when they encounter resistance. This type of reporting often requires going through many layers of bureaucracy in order to get access to information that can be difficult to obtain.

Finally, watchdog journalists need to be able to communicate their findings in a clear and concise manner, especially when dealing with delicate and complex topics.

What Do People Think About Watchdog Journalism?

As you may have picked up from this article, this type of investigative journalism is somewhat controversial, and there are a variety of opinions on it. Although a lot of people recognize it as an essential part of our society, the critics believe it’s nothing more than sensationalism.

Regardless of where you stand on the issue, there’s no denying this journalism is making a big difference in our world.

So, what’s the verdict? Controversial though it may be, investigative journalism plays a vital role in our society, as its main purpose is to keep people honest and true to their word.In some cases, watchdog journalism also highly influences the change of laws and policies when necessary. Finally, it is a check and balance for the government, ensuring that they are doing their job properly and serving the people who elected them.