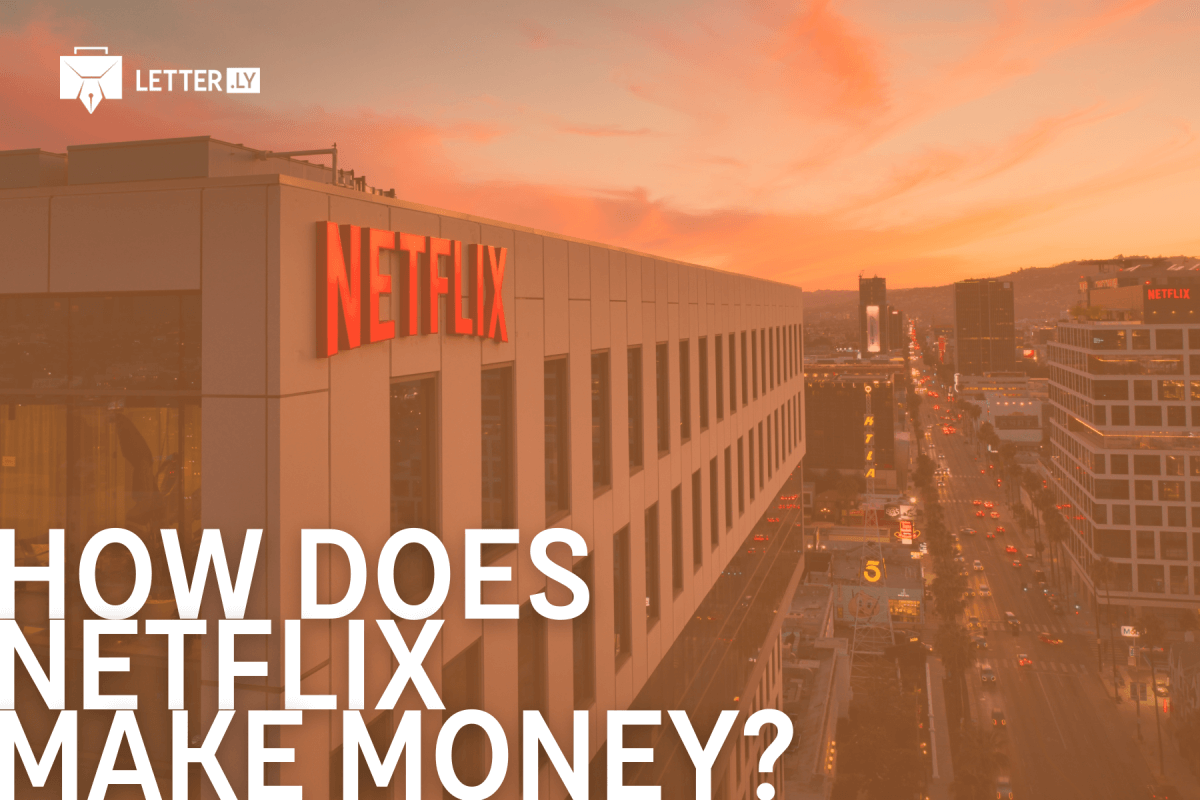 Netflix has been around since 1997 and has taken the streaming market by storm. Founded by Reed Hastings and Marc Randolph, the company shifted to streaming in 2007 and currently boasts hundreds of millions of subscribers worldwide. It’s one of the most popular subscription services in the world, so it’s no surprise that Netflix had a net worth of $15.85 billion in 2021.

But how does Netflix make money? And where does all that money go? This article will look at Netflix’s business model and explore how it makes money from its subscribers.

Other ways Netflix makes money include DVD rentals (yes, people still rent physical media) and licensing deals. So how much does Netflix cost per subscription and for DVD rentals? Let’s see!

However, no matter which plan you choose, you’ll have access to Netflix’s vast library of TV shows, movies, and documentaries.

So what’s the difference between the plans, and how much is Netflix a month?

The Basic subscription plan is the cheapest way to watch Netflix. You can watch movies and shows on one screen at a time in standard definition (SD). The Basic plan costs $9.99 per month. And if you want to upgrade to a higher quality plan, you can always do so later.

This plan is the company’s most popular subscription, and for a good reason. The Netflix Standard cost per month is just $15.49, and you get access to all of Netflix’s vast library of movies and TV shows in HD — and you can watch them all on two devices at a time.

It’s also perfect for families or couples that don’t want to pay for multiple accounts. And if your partner ever dumps you, don’t worry — you can dump them from your Netflix and reclaim your subscription.

The Premium subscription plan is the most expensive way to watch Netflix. For $19.99, you can watch movies and TV shows on four screens at a time in Ultra HD (UHD).

Is Netflix Premium worth it? Yes, we can assuredly say it’s the best option for families who watch a lot of Netflix at the same time. That way, you’ll avoid kids fighting for a device.

Netflix has started as a DVD rental service. But does Netflix still make a profit from DVDs? The company has kept its DVD rental throughout the years, but it has moved the service to a separate website and split it from the streaming subscription. There are two tiers:

This plan will cost you $9.99 per month and allow you to rent one DVD or Blu-ray at a time. The USPS shipping and returns are completely free. There are also no late fees, but you will be charged if you end your subscription without returning all your DVDs.

Netflix Premier DVD plan costs $14.99 per month, and you can order two DVDs or Blu-rays at a time. The same rules regarding additional fees apply to this plan.

Lately, Netflix has been on a roll, snatching up licenses to popular shows left and right. For example, Breaking Bad was just a small show airing on the fledgling AMC cable network before Netflix took the syndication rights and essentially saved the show from tanking.

Netflix has acquired and produced high-quality original content (both movies and shows), such as Stranger Things, Orange Is the New Black, Red Notice, Money Heist, The Witcher, etc. Did you know that Red Notice sits comfortably on the top of the list of the most watched Netflix original movies during the first 28 days of showing? According to the company, subscribers had spent 364,020,000 hours watching it within that time (148 million hours in the first week alone)!

But how does Netflix make money on Originals if they don’t license them to other networks yet?

For every show or movie that Netflix buys, it retains almost all future licensing rights. So, whenever Netflix starts licensing Originals to other TV networks, it can expect to make top dollar.

Want to sell your script to Netflix and wonder how much you can get for it? According to the Writers Guild of America West, the median guaranteed payment for a screenplay deal is $375,000, with the maximum being $3.5 million.

Ads on Netflix: The Dreaded Future

In light of a recent revenue drop, Netflix executives are planning to start showing ads on the platform as early as the last quarter of 2022. The co-SEO of Netflix, Reed Hastings, indicated that this streaming platform would test ad-supported plans during the next few years. Still, the anonymous sources among Netflix employees claim the change may happen even sooner.

We don’t know how this will pan out, but it’s indicated that the new plans will be introduced at lower prices. Also, Netflix is planning to put an end to password sharing among subscribers.

How Does Netflix Make Money? In Conclusion

Netflix is a company that’s been successful in part because it managed to capitalize on the fact that people love to watch TV and movies. And it seems likely that this trend is only going to continue. We may see Netflix arranging licensing deals with other companies or introducing ad-supported subscription tiers in the future to increase its budget. For now, though, it has a fairly straightforward business model that has allowed it to achieve great things in recent years.

How Does Netflix Make Money? FAQ

How does Netflix make money from original movies?

Netflix’s original movies are a crucial part of the company’s success. By producing its movies, Netflix can control the entire process from start to finish. This gives it flexibility regarding scheduling, marketing, and distribution — all of which helps Netflix save money. In addition, original movies help attract new subscribers and keep existing ones happy. Netflix has also used its original movies to negotiate better deals with movie studios and distributors.

How does Netflix make money without ads?

Netflix has pioneered the ad-free, subscription-based streaming. And yet, the company may soon introduce ad-supported subscription tiers to grow its budget. Until that happens, the Netflix business model is pretty simple: the company charges customers a monthly fee and uses that money to pay for the content it streams. That means it doesn’t have to rely on ad revenue, which is great for viewers but not so good for the people trying to sell ads.

How many subscribers does Netflix have?

Netflix currently has over 221 million subscribers worldwide, according to data from Q1 2022. The largest percentage of Netflix subscribers come from the US and Canada — more than 75 million. And how does Netflix make money from those subscribers? Well, you know it all by now.