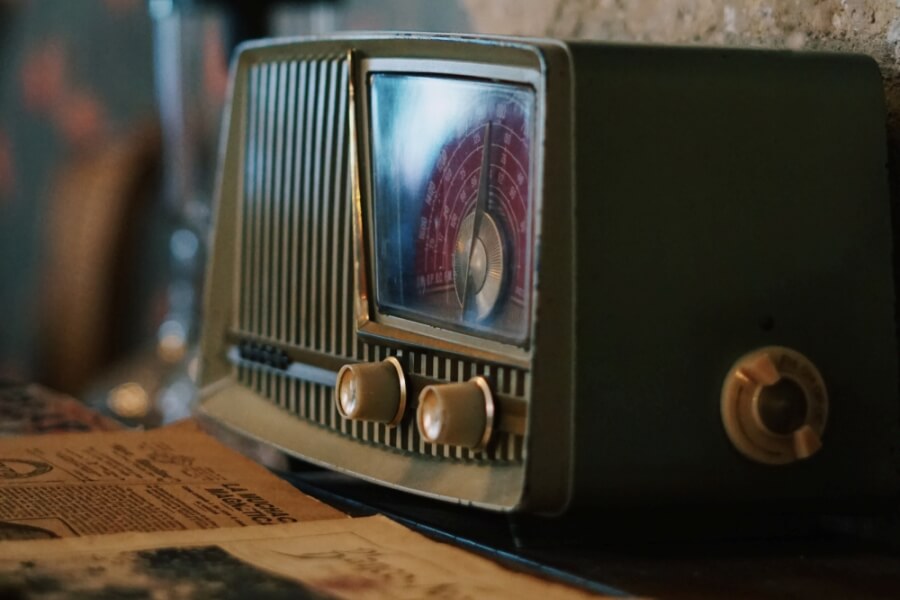 AM vs. FM Radio: Differences, Pros, and Cons

The radio has been around since the late 1800s. Its popularity may have suffered at the hands of newer, more modern media outlets, but the radio has managed to stay relevant regardless.

If you’re even a casual listener, you’ve probably heard of AM and FM radio. But unless you’re really interested in the subject, you may not know what these two things mean. In this AM vs. FM radio overview, we’ll explain what they are, examine their differences, and discuss their main advantages and disadvantages. To understand it all, we must first explain what modulation is.

What Is Modulation in Radio?

Modulation is an essential component of modern communication systems that helps transmit information across great distances. It is the encoding of information onto a carrier signal.

There are several ways to do this, but the most common methods involve varying the amplitude, frequency, or phase of that carrier signal. By modulating the signal in this way, it is possible to transmit information such as audio or video to recipients regardless of their physical location.

In the case of AM and FM radio broadcasting, modulation allows for the encoding of the sound waves of a person’s voice or another type of audio onto a signal, which is then transmitted and picked up by a radio receiver. This enables us to listen to the radio even if we’re nowhere near the source of the broadcast.

AM and FM Radio Meaning

AM stands for amplitude modulation. It involves varying the amplitude (height) of the carrier wave to encode the information signal. The result is a signal that has both an amplitude and a frequency a receiver (in this case, a radio receiver) can easily process.

Frequency modulation — FM for short — is a type of modulation in which the frequency of a carrier wave varies in accordance with the amplitude of an input signal. The input signal may be an electric current, sound wave, or other types of waveform.

Popular in radio broadcasting, FM is also used for two-way radios and walkie-talkies (voice signals), CB radios (voice and data signals), and radar systems (electromagnetic energy pulses). In radio, FM broadcasters use the technique to encode crisp-sounding stereo audio signals for transmission. All these applications require an antenna for the reception of the signal.

Advantages and Disadvantages of AM and FM Radio

The Benefits of AM Radio

Many people believe that AM radio is outdated and no longer relevant in today’s world. However, there are still many benefits to the AM radio frequency range that make it worth considering.

For one, AM radio signals can travel much further than FM signals. This means that you can often get a better signal if you are in a rural area or if there are tall buildings or other obstructions between you and the broadcasting tower. Another benefit of an AM radio frequency is that the waves transmitted are less susceptible to interference from things like electrical equipment or lightning. This makes AM radio a good choice for emergency broadcasts.

The Shortcomings of AM Radio

One of the main limitations of AM radio broadcasts is susceptibility to atmospheric conditions, which can cause them to fade in and out. AM waves carry the signal in the sidebands, while the rest of the wave contains no information. As such, AM broadcasts consume more power and are non-efficient in that sense. Finally, AM audio signals aren’t as clear and crisp as FM signals.

The Benefits of FM Radio

There are many advantages of FM over AM for broadcasters. For one, FM signals are less susceptible to interference. This means that FM stations can provide a higher-quality listening experience with less static and noise. Additionally, the FM wavelength carries more information than AM, allowing for more immersive and better-sounding stereo broadcasts.

The Shortcomings of FM Radio

Broadcasters should also consider some potential shortcomings of FM radio.

For starters, the quality of FM radio signals can be affected by interference from other electronic devices. This can sometimes lead to static or other problems with sound quality. In addition, FM radio signals can be blocked by physical obstacles like buildings or mountains, making them difficult to receive in some areas. Finally, the FM frequency range is relatively small, so stations can only be heard within a certain distance from the transmitter.

AM vs. FM Radio: Which Is Better?

A few key differences between AM and FM radio have a big impact on the listening experience.

AM radio waves are longer, which can make them more vulnerable to interference from electrical equipment and natural sources like the sun. This can result in a crackling or static sound on AM radio. FM radio waves are shorter, so they are less likely to be impacted by interference. This results in clearer sound quality on an FM radio frequency.

What do AM and FM stand for?

AM stands for amplitude modulation, while FM stands for frequency modulation. Both are types of radio waves used to transmit information, such as music or spoken word, through the air. The main difference between the two is the way they encode that information. In AM radio, the information is encoded by varying the amplitude — or height — of the wave. In FM radio, it is encoded by varying the frequency or number of times per second that the wave oscillates.

When was FM radio invented?

The history of FM radio began in the late 1930s. That was when American engineer Edwin Armstrong discovered that static interference on AM radio signals could be greatly reduced by using a higher frequency, which led to the development of FM radio. It quickly became popular due to its superior sound quality, and by the 1950s, it had largely replaced AM as the main form of broadcast radio. Today, FM radio remains the most widely used type of broadcast radio.

How far do FM and AM radio signals travel?

FM and AM radio signals travel different distances depending on a number of factors, including the frequency of the signal, the power of the transmitter, and the terrain. In general, AM signals travel further than FM, but both can be broadcast over long distances under optimal conditions. In more challenging environments, however, the AM frequency range will be greater than FM.

Why does FM radio sound better than AM radio?

It’s all about the bandwidth. FM radio signals have a much wider bandwidth than AM signals, which means that they can carry more information. This results in a clearer, more nuanced sound that is less prone to static and interference. As mentioned, FM signals are also less susceptible to changes in atmospheric conditions, so they tend to be more reliable overall.

What is the main benefit of FM over AM?

Because they’re broadcast at a higher frequency, FM signals are less susceptible to interference than AM signals. Furthermore, AM and FM radio wavelengths aren’t equally efficient. FM waves carry more information, resulting in much crisper and more nuanced sound. This is why many station owners decide to broadcast on FM radio as opposed to AM.

What are the disadvantages of FM over AM?

The key advantage of AM vs. FM radio is the ability of AM waves to travel much further than FM waves. Because of this, listeners don’t have to live near a transmitter to receive the signal of their favorite AM radio station. On top of that, FM signals travel in a straight line and can easily dissipate when they come across an obstacle like a tall building or a mountain. Unlike them, AM signals move in a spiral formation, so they’re much less likely to suffer from disruptions.