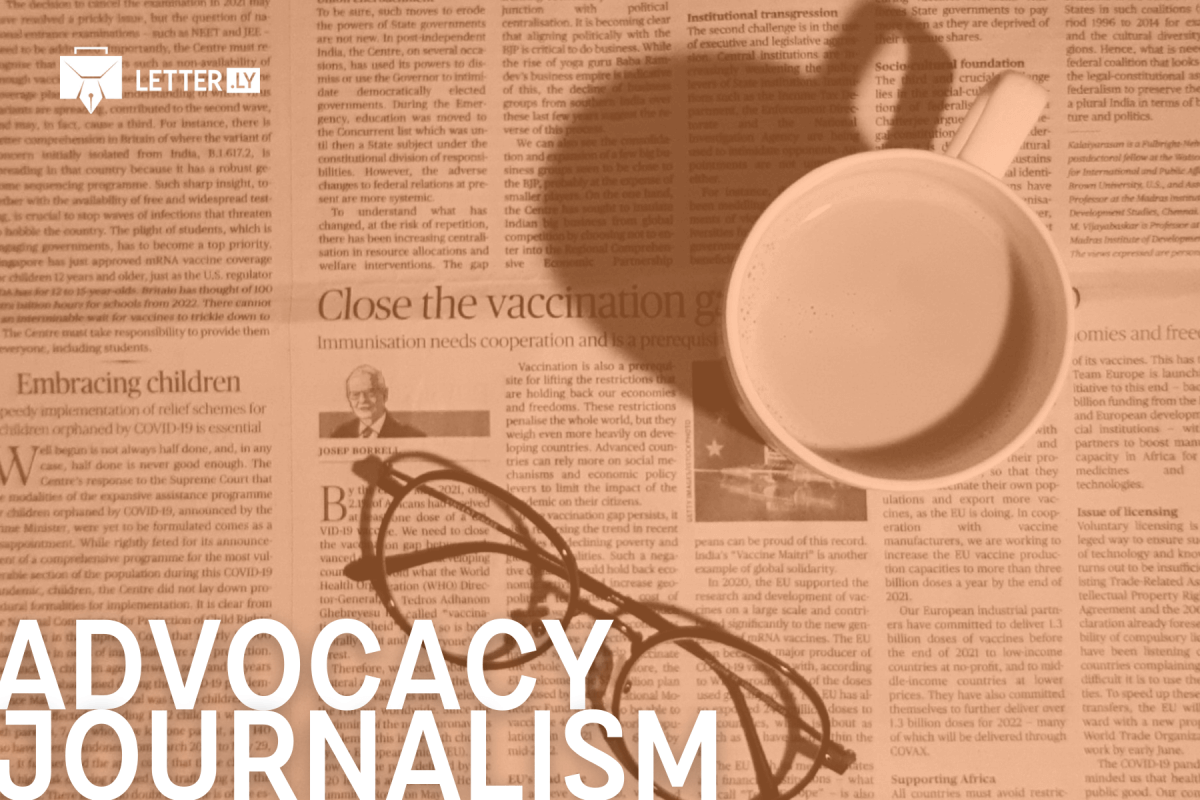 Advocacy Journalism: How Objective Is It?

Journalism has always been about giving a voice to the voiceless. It’s about shining a light on the darker aspects of our society and holding those in power accountable.

With so much information available online, it’s more important than ever for journalists to sift through all of it and find the stories that need to be told. However, advocacy journalism is not just about documenting the news but also giving the journalists’ viewpoint on the situation.

What Is Advocacy Journalism?

Before digging into the article, let’s take a look at advocacy journalism’s meaning. This type of journalism takes the form of opinion pieces or columns rather than news stories.

Generally, advocacy journalists have strong opinions on the issues they write about and use their platform to try to convince readers about their points of view.

What Is the Purpose of Advocacy Journalism?

The purpose of advocacy media is to influence public opinion on a particular issue, including raising awareness about a topic, challenging dominant narratives, or promoting a specific point of view.

While many people criticize this type of journalism for being biased, advocacy journalism is often used to advance social or political causes, such as poverty, racism, sexism, homophobia, environmental issues, and animal rights.

Advocacy media had its roots in the 19th century when newspapers were first used as a means of political propaganda. Launched in 1827, Freedom’s Journal was the first-ever newspaper that was considered advocacy media.

Muckrakers, such as Ida M. Tarbell, Ida B. Wells, and George Seldes, are often considered some of the most famous ancestors of modern advocacy journalists.

This journalism style can be both a positive and negative force in the world. While advocacy journalists often bring attention to important issues that might otherwise be ignored, they can also not be trusted entirely.

Here are some advantages and disadvantages to adopting this approach.

This kind of journalism has become popular in recent years. However, some notable advocacy examples come right from the past.

In 1913, the Congressional Union for Woman Suffrage founded The Suffragist, the only female political newspaper present at that time. In recent times, advocacy media can be seen in The Washington Post’s Walter Reed stories.

Generally, objectivity covers hard news that doesn’t convey feelings, points of view, or biases — they typically use neutral language and avoid judging the characters portrayed in the news.

Objectivity means that when covering hard news, reporters don’t convey their own feelings, biases or prejudices in their stories. They do this by writing stories using neutral language and by avoiding characterizing people or institutions either positively or negatively.

Especially in recent years, the rise of advocacy journalism has shown that people are hungry for representation. Although many critics judge them to be biased in their reporting, advocacy journalists are responsible for giving voice to the voiceless. And as more and more people seek out honest reporting, it’s important to remember the power of storytelling in shaping public opinion.