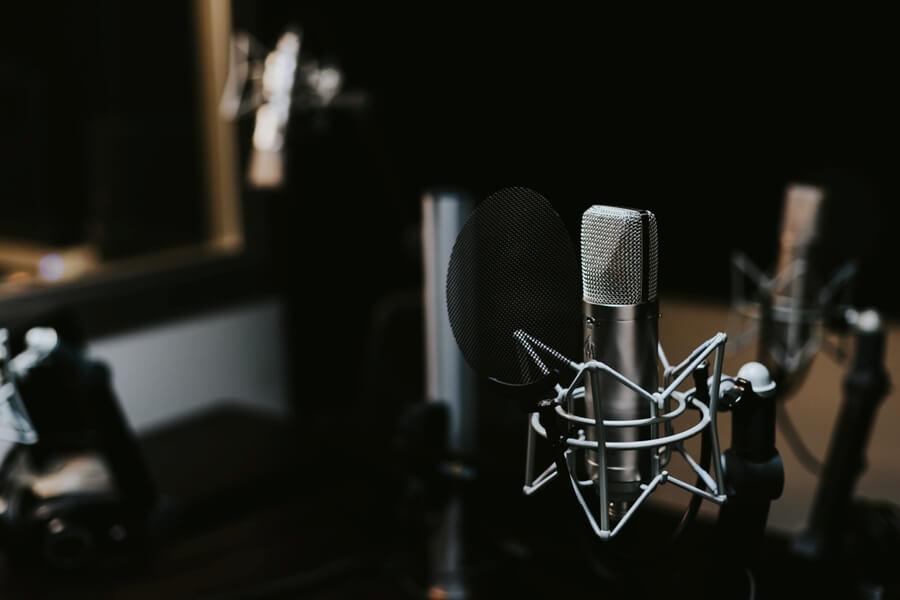 How Much Do Radio Hosts Make? A Radio Host Salary Overview

Have you ever wondered how much do radio hosts make? Well, as a radio host, you have the potential to earn an excellent salary. How much you make will depend on factors like your experience, the market you work in, and the size of your audience.

In this article, we’ll look into all these factors and explain their impact on the radio host salary.

How Much Do Radio Hosts Make?

As stated, a radio host’s salary can depend on many circumstances. Experience, location, market, and audience size all play a role in how much radio hosts make.

In general, radio hosts in larger markets and with more experience tend to make more money than those in smaller markets or with less experience. The size of your audience also plays a role. If you have a large audience, you are likely to earn more than a radio host with a smaller audience — and that is because advertisers are willing to pay more to reach a larger audience.

So here is a little breakdown of the salaries of radio hosts.

Radio hosts can typically expect to earn an annual salary ranging from $30,000 to $400,000. Of course, some hosts will make more, while others may make less. In addition to their salary, many hosts also receive bonuses and other forms of compensation, such as free tickets to events or merchandise.

For those who are just starting out in the business, salaries may be lower, but there is potential for growth as experience is gained and listeners are attracted. Ultimately, how much a radio show host makes mainly depends on their ability to engage and entertain listeners.

Howard Stern is the highest-paid radio host in the world, with an estimated annual salary of $90 million. He is followed by Ryan Seacrest, who earns a reported $74 million per year. Other high-earning radio hosts include Sean Hannity and Glenn Beck, who make $36 million and $8.5 million, respectively.

While these hosts certainly make more money than most, it is essential to remember that they also have much larger audiences than the average radio host. This means that they are able to get higher salaries because they can reach more people with their broadcasts.

How Much Does Experience Matter?

Experience is a significant factor in determining how much a radio show host salary is. In general, the more experience a radio host has, the higher their salary will be. This is because experienced hosts can negotiate higher salaries due to their greater level of expertise and ability to attract listeners.

Additionally, experienced hosts are more likely to be employed in larger markets, where salaries are typically higher. Radio hosts with less experience may still be able to earn a good salary, but they will likely not make as much as their more experienced counterparts.

The Importance of Location and Market Size

Another critical factor in determining how much do radio hosts get paid is the location and size of the market in which they work. Radio hosts who work in larger markets, such as New York City or Los Angeles, typically earn more than those in smaller markets. This is because advertisers are willing to pay more to reach a larger audience, and radio stations in larger markets can afford to pay their hosts more.

In addition, radio hosts who work in smaller markets may have the opportunity to move to larger markets as their career progresses, leading to a significant salary increase.

How Does the Size of Your Audience Matter?

The size of your audience is another important factor in determining how much you make as a radio host. If you have a large audience, you are likely to earn more than a radio host with a smaller audience.

Also, the radio show host salary of those with larger audiences is bound to be a lot higher since their personality attracts brand deals and sponsorships.

Radio hosts are not the only personalities that work at radio stations; there are DJs and broadcasters, news anchors, and reporters. So let’s take a look at their salaries.

Radio disc jockeys and broadcast announcers have the potential to earn a good income. So how much do DJs make in a year? Well, radio DJs typically earn an annual salary in the range of $30,000 to $80,000, while broadcast announcers can earn anywhere from $30,000 to $180,000 per year. Like radio hosts, these salaries can vary based on experience, location, and the size of the audience.

How Much Do Radio Hosts Make? In Conclusion

Radio hosts can make a pretty penny. However, like most things in life, earnings potential is directly related to experience and popularity. Newcomers to the field can expect to make significantly less than their more seasoned counterparts. Still, it is possible to achieve financial success in this career with hard work and dedication.

So, if you have a passion for radio and are looking for a way to make a living, consider becoming a radio host. With the right combination of talent and drive, you could earn a high income in this exciting field.

How Much Do Radio Hosts Make? FAQ

How much do radio personalities make in a year?

The average salary for a radio personality is $45,000 per year. However, salaries can range from $30,000 to a staggering $400,000 per year depending on the deal. Factors that can affect your salary include your experience, the market you work in, and the size of your audience.

What are the top 10 radio talk shows?

How to become a radio personality without a degree?

While a degree is not required to become a radio personality, it can give you an advantage when competing for jobs. A degree in communications or journalism can help you stand out from the competition. Additionally, many radio stations require their personalities to have a certain amount of experience before being hired. Therefore, internships or working at a smaller radio station can also be advantageous.

How much do sports radio hosts make?

To determine how much do radio hosts make in sports broadcasting, we have to look at all the factors such as experience, location, and the size of their audience. Sports radio hosts’ average salaries are at about $55,000 a year, with the lowest salaries at $18,000 and the highest at about $90,000.