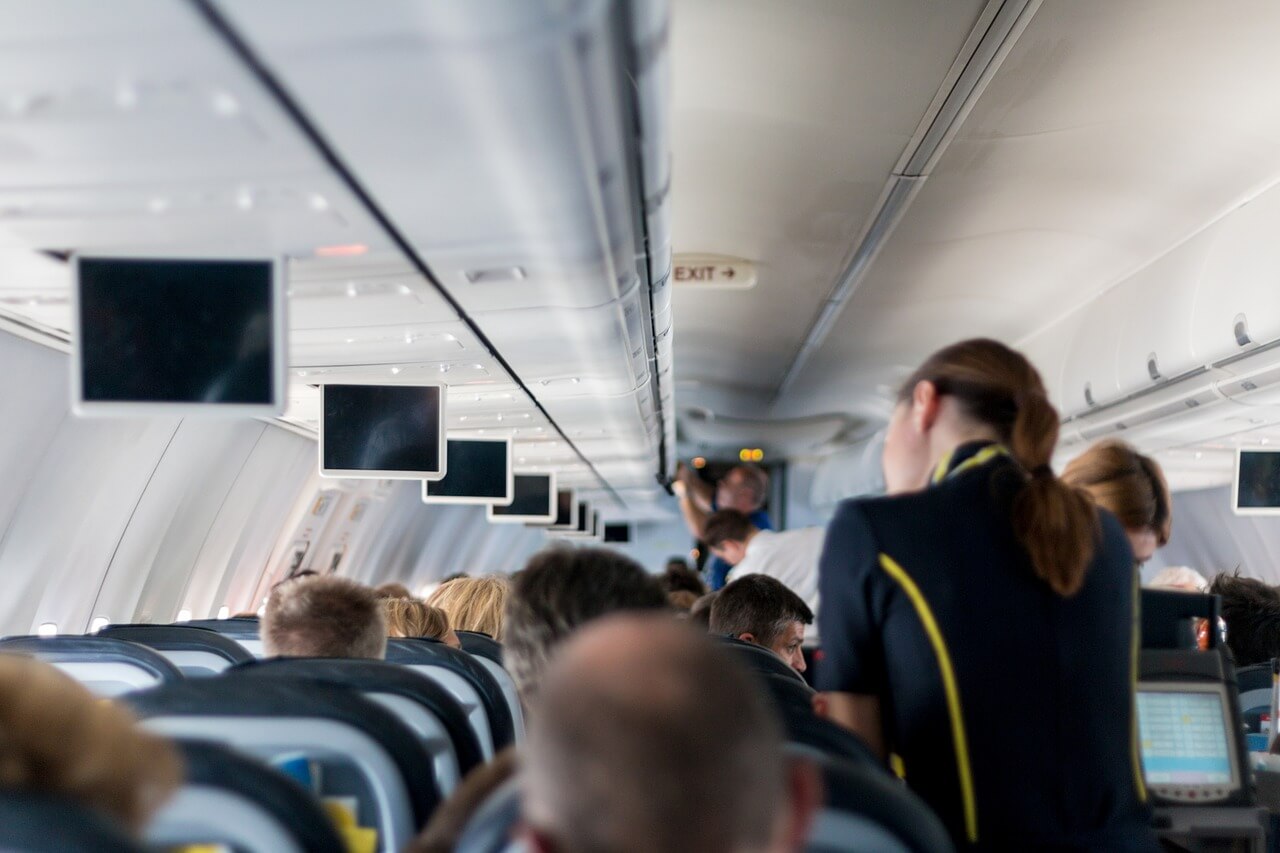 How Much Do Flight Attendants Make? [+12 Important Questions Answered]

Traveling the world and staying in nice hotels while making money is the perfect lifestyle for anyone who loves new places and has an insatiable wanderlust. That is why so many people want the answer to the question, “how much do flight attendants make,” so they can enjoy the fantastic perks of the profession. The job is harder than you think, though.

Flight attendants are responsible for keeping hundreds of people alive and satisfied while flying. This kind of responsibility comes with a larger paycheck, but it can also be stressful. Most flight attendants claim they don’t have time or energy for their personal life. This statement makes you question whether the higher earnings of this profession are worth it.

How Much Money Do Flight Attendants Make?

In general, the earnings of flight attendants are higher than the average annual salary for the United States. The difference is not as significant as many people assume, however. According to expert estimates, the typical earnings of this profession are $56,630 a year, but they vary from state to state.

In addition, industry experts predict that the demand for this profession will increase in the upcoming year, which could affect the average flight attendant’s salary. The claim is further proven by the Bureau of Labor Statistics report, showcased in the Occupational Outlook Handbook.

According to the handbook, employment for flight attendants will increase by 10% between 2018 and 2028. Notably, results from different research showed an even higher predicted increase. It appears the demand for this profession will continue to rise, positively impacting earnings as well.

Being a flight attendant is a difficult job that comes with serious responsibilities, and as such, a bigger paycheck. Flight attendants make more than the average person in the United States. Notably, their average earnings during a year are $4,670 higher than for an average American worker.

What makes this profession even more appealing is the number of fantastic perks that come with the job. For some, they are even more important than the flight attendant’s pay.  Free flights and the opportunity to visit different destinations and stay in amazing hotels are the main perks of this profession.

Many airlines offer special discounts to flight attendants even if they’re working for competitors. The responsibilities that come with the job require attendants to be well-rested, which is why they work on more flexible schedules. Most flight attendants don’t work more than three days a week.

2. How Much Do Flight Attendants Make a Year?

The latest estimates by the Bureau of Labor Statistics show that flight attendants make around $56,000 yearly. The lowest 10% earns below $48,000, while the highest 10% makes more than $80,000. Flight attendants usually receive an allowance for hotel expenses and meals and excellent health insurance. In some countries, the cabin crew doesn’t pay rent at all, as the airlines are responsible for finding them accommodation.

When it comes to the US, the salary level depends on the state. The highest-paying state for this profession is Oregon. In Oregon, flight attendants’ wages average around $80,410 a year. In Washington, they make $77,450, while earnings amount to $68,410 in Pennsylvania.

3. How Much Do Flight Attendants Make an Hour?

The hourly wage of a flight attendant depends on various factors. The level of experience is the first determining factor. In addition, the pay rate depends on whether the flight is domestic or international and which class the attendant is working in.

Lastly, not all airlines offer the same salary. On average, attendants earn $38 an hour in the United States, but it ranges between $30 and $47 per hour. 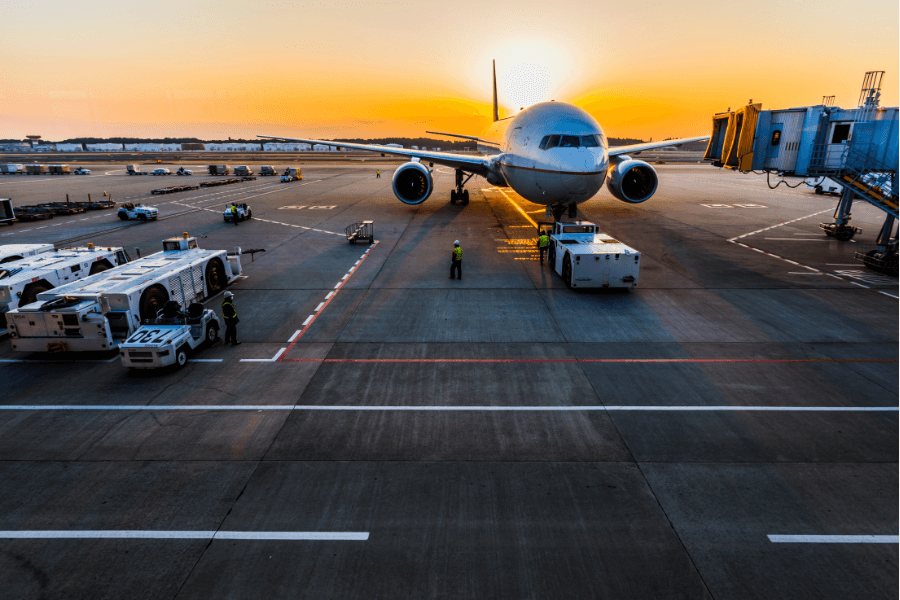 4. How Much Do International Flight Attendants Make?

Earnings get higher if the daily layover allowance is taken into account, usually raising the hourly wage by a few dollars. The latest data on the international flight attendant earnings show that they make between $20,000 and $70,000 a year. As such, it can be determined that the difference between domestic and international cabin crew is small.

5. How Much Do Delta Flight Attendants Make?

Delta Air Lines, Inc. is among the biggest air carriers in the United States. Its headquarters are in Atlanta, Georgia. Estimates show that Delta operates more than 5,000 flights every day and offers over 300 destinations.

The latest available data on the company’s flight attendant earnings show that the average salary is $44,400 per year. In addition to the paycheck, employees get good health insurance and 401k matching. This means that Delta pays a percentage of the annual contribution to the employee’s retirement savings plan.

6. How Much Do Southwest Flight Attendants Make?

Southwest Airlines Co. was established in 1967, and it’s a Legacy carrier. Furthermore, the company is among the largest low-cost carriers in the world. Its headquarters are in Dallas, Texas, and it operates in 121 destinations in the US and ten countries around the world.

According to Glassdoor, the average earnings of a flight attendant per hour in Southwest are $29 per hour. The wages vary greatly from $7 to $78 an hour, mainly depending on experience. Still, the majority of flight attendants earn between $24 and $42 an hour at Southwest.

7. How Much Do American Airlines Flight Attendants Make?

American Airlines, Inc. is the world’s largest airline when it comes to the revenue passenger mile, passengers carried, and fleet size. It operates nearly 7,000 flights every day and flies to 350 destinations. The company is a founding member of one of the largest airline alliances in the world: Oneworld. Together with American Eagle, American Airlines operates in ten hubs, but its headquarters are officially in Fort Worth, Texas.

If we compare American Airlines employee earnings to the Delta flight attendant salary, for instance, the company is among the highest paying in the field.  A cabin crew member that works for American Airlines earns about $64,888 per year, on average.

The earnings of this profession in the company vary depending on experience. Working through the ranks is generally a part of being a steward or stewardess, but the range for a flight attendant in American Airlines is $18,538 to $583,983 a year.

8. How Much Do Spirit Flight Attendants Make?

Spirit Airlines is an extremely low-cost carrier in the United States. The company operates in the US as well as the Caribbean and Latin America. It’s based in Miramar, Florida, which is located in the Miami Metro Area.

Spirit doesn’t pay its flight attendants as much as other airlines. The average hourly wage for this position in Spirit is $21, and Flight attendants at Spirit can earn anywhere from $17 to $26 per hour.

9. How Much Do JetBlue Flight Attendants Make?

JetBlue Airways is the seventh-largest airline in the United States. It’s a low-cost carrier and is headquartered in Long Island, New York. The company has offices in Florida and Utah and operates over 1,000 flights every day. Aside from the US, the airline flies to South and Central America, the Caribbean, and Europe.

10. How Much Do United Airlines Flight Attendants Make?

United Airlines, Inc. is a prominent American airline based at Willis Tower of Chicago, Illinois. It’s among the biggest airlines worldwide, with eight hubs. United Airlines operates domestic flights as well as international ones on all continents.

According to the official stats, an air hostess typically makes $33 an hour at United Airlines, with a range of $25 to $44. Flight attendants that worked at this company reported earnings that go as low as $9 to $168 an hour. Bonuses at United Airlines go from $1 to $2 an hour, depending on performance and experience. 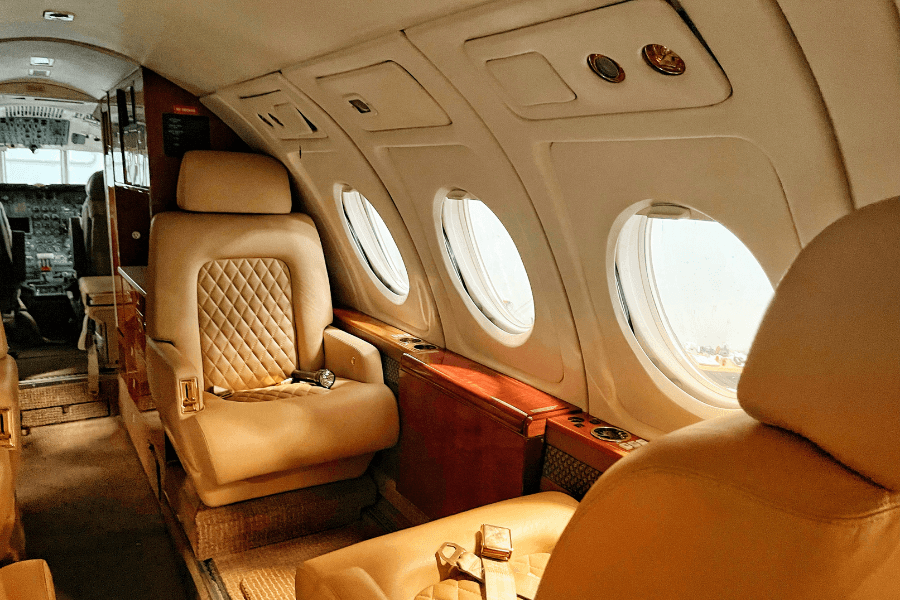 11. How Much Do Private Flight Attendants Make?

It’s challenging to get official numbers for private flight attendant earnings. Because they are not unionized and mostly work on their own contracts, salary information isn’t publicly available. Private attendants are not restricted to industry standards and have the ability to set their own pay scale according to the job.

Based on some reports, earnings for private flights go from $350 to $700 a day. The paycheck depends on various factors, including the cabin crew member’s skills. In addition, the salary varies depending on whether the air hostess is working with charter companies or just private clients.

12. How Much Do Entry-Level Flight Attendants Make?

The starting salary is not ideal, but the sum increases as each year goes by. For instance, a cabin crew member who has from one to four years of experience earns around $2 an hour more. The specific requirements for promotions depend on the airline.

In general, the average salaries for flight attendants in the United States are higher than the average worker’s earnings in the country. Plus, the benefits of this job for those that love to travel are multitudinous.

Many flight attendants claim they had no private life due to constant jet lag, though. The job also comes with a decent amount of stress, as they are responsible for not only serving passengers but also keeping them alive. Most air hostesses advise people to think carefully before choosing that kind of lifestyle because it’s hard to stop once you start.