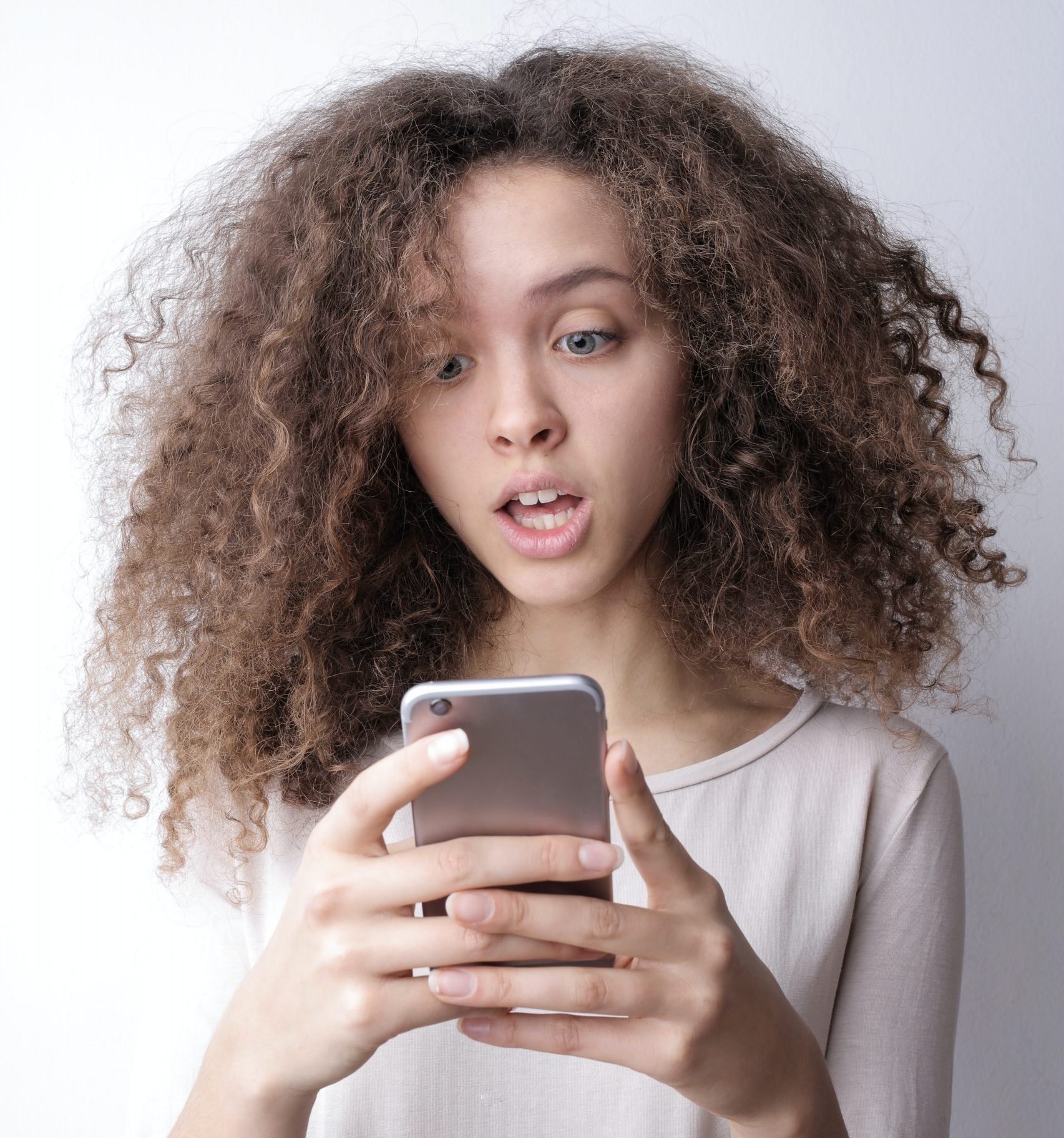 Have you ever noticed how much negative news is shared daily?

It’s starting to seem like if an event isn’t tragic or at least mildly depressing, it won’t make the news.

We’ve collected all the relevant negative news statistics, along with results from studies and reports that have analyzed the issue.

This guide will give you an unbiased look at why the media reports negative news. We’ll provide you with an informed and educated overview of the subject in general.

Negative News Statistics at a Glance

1. Approximately 90% of all media news is negative.

On a mass scale, most people tend to complain that the media focuses on negative news.

The reason for this could well be evolutionary.

For our ancestors to survive, they needed to focus on the negative news that surrounded them. Whether it was an impending storm, a predator approaching, or anything else posing a threat, any negativity could’ve been life-threatening.

With the percentage of negative news stories being approximately 90%, it seems that we still prioritize the negative in the modern world.

Sensational news seems to be a pervasive element of modern-day news. In fact, it seems to be a requirement that most media outlets demand from their journalists!

The media itself often takes advantage of the so-called bad news bias, a practice that does more harm than good. In fact, the majority (95%) of headlines have been reported as being blown out of proportion to manipulate the readers’ emotions.

The reason for this distortion is that plane crashes kill more people in a single accident than car accidents. Plus they make for more bombastic headlines, leading to an increase in media sensationalism.

3. Nielsen ratings are at fault for 50% of negative news statistics.

Most journalists cite the Nielsen ratings as the biggest reason that news reports are either sensationalized or simply inaccurate.

The ratings boost viewership, which in turn attracts advertising dollars and investments. As a result, many media outlets stress the importance of delivering negative and emotionally jarring news reports. This burden falls squarely on the shoulders of journalists, who feel pressure to deliver over-exaggerated news stories.

4. 38% of Americans believe the media exaggerated the COVID-19 coverage.

Speaking of news coverage blown out of proportion, more than a third (38%) of Americans believe the media did just that while reporting on the global pandemic in 2020.

Like most other issues in the US, the perception of media exaggeration seems to have a lot to do with a person’s political affiliation. Namely, 63% of Republicans believe the COVID-19 news was exaggerated, compared to just 18% of those identifying as Democrats.

It doesn’t matter which media exaggeration examples you look at. They all end up confusing the public — and the exact same thing happened in 2020.

According to research, 38% of US adults on both sides of the political spectrum found it more difficult to separate facts from fiction in the media coverage of the pandemic.

5. Approximately 1 in 10 American adults checks the news every hour.

Recent studies reveal that an alarming number of Americans check the news hourly.

So we most definitely shouldn’t underestimate the psychological effects of bad news.

Doctors say that this type of constant news scanning can put the body in a state of stress. This can lead to anxiety issues.

The problem could lead to people forming a negativity bias, a condition that affects a person’s overall outlook on life in a detrimental manner.

6. A website lost 66% of its readers when it published positive stories for a day.

Russian news website, The City Reporter, decided to publish only positive stories for a day. The social experiment was undertaken to see the effect negative vs. positive news stories have on people.

Stories were all written from a positive stance. They included things like how the roads were clear despite heavy snow.

The result of the experiment led to the website losing two-thirds of its readership!

Its writers and reporters were just as shocked as you are.

The studies also revealed that negative words improved the average click-through rate. Headlines with negative bias showed a 63% higher result when compared to positive ones.

In one survey, 65% of participants said that most media outlets purported cover-ups, ignored mistakes, and engaged in purposeful misinformation practices simply to capture readership.

This bad view of the media adds to the already prevalent negative effects of media bias. It’s an ongoing issue that needs to be addressed.

9. Around 26.7% of people that are exposed to negative news go on to develop anxiety.

10. An average of 79% of media companies print biased stories for advertisers.

Recent studies reveal that many media companies would print a story about a corporation that gives them advertising revenues.

This discovery lends more weight to the argument that the media is less concerned with informing people and is instead obsessed with lining its own pockets.

In fact, 79% of media companies were found to be operating under this principle of selective negative news articles that avoided negative reporting on advertisers. This accounts for a big percentage of the entire media being technically in the pockets of these companies.

11. Headline manipulation has been proven to double readership.

With headlines being the cornerstone of any news story, it’s interesting to see how most outlets choose to adopt negative stances.

Take for example these two headlines:

“U.S. Industrial Manufacturers Expect Growth Rate of 5.7% for the Next 12 Months.”

Which do you think was printed?

Negative news content sells, so of course, the newspaper chose to go with the first one.

Turns out, it will actually attract twice as many readers, something that almost all media companies know and understand.

This is exactly the reason why the media prints negative news — the public buys it.

At a time when most people needed to hear something positive, the US media chose to focus on the negative instead.

About 87% of the pandemic reporting in national and 53% in regional media outlets was predominantly negative, media statistics show.

For example, the mainstream media refused to talk about how some countries have managed to halt the pandemic’s progress. Even after Pfizer’s COVID-19 vaccine was proven effective, more than 80% of pandemic-related news reports still had a negative slant.

13. People are 49% more likely to read something negative than positive.

Most of those aged 17 and over have a tendency to gravitate toward negative information while disregarding positive one.

Reports show that 49% of people will rather read something negative, which lends weight to negative articles statistics.

And then we wonder why people are anxiety-ridden and depressed.

In a recent nationwide survey, almost two-thirds (63%) of US kids said that watching the news makes them feel depressed, angry, or even afraid.

According to negative news stats, tweens (aged 10–12) are more susceptible to this adverse effect. Namely, 45% of them report feeling bad after watching the news compared to 31% of teenagers (aged 13–18).

Interestingly, 48% of the young respondents said that watching the news was important for them. For 70% of them, the news is a valuable source of information that helps them become smarter and more knowledgeable.

15. Most people blame the public for the popularity of negative news headlines.

This awful saying is one of the most common in the world of media. It’s the influence behind negative news headlines.

News organizations exist to not just convey the news; they exist as businesses too. They need to sell stories to readers in order to function.

And unfortunately, good news just doesn’t sell. If you doubt that, just look at the actions of the Russian news website that tried to stray from negative news stories and lost two-thirds of its readers in the process.

16. 79% of Americans believe media articles are not balanced in their arguments.

In theory, the news should be an unbiased presentation of the truth. However, in reality, the news is anything but that.

Research shows that the majority of articles are biased and represent a media distortion of reality. Contrary evidence is often omitted, and 79% of Americans across have noticed this.

Unfortunately, the majority of articles these days are written with an agenda in mind. This agenda is rarely to report the truth. More often than not, the goal is to first catch the reader’s attention and then sway them toward a particular viewpoint.

The examples of negative news headlines that flood the media every day show how outlets distort reality on a regular basis. 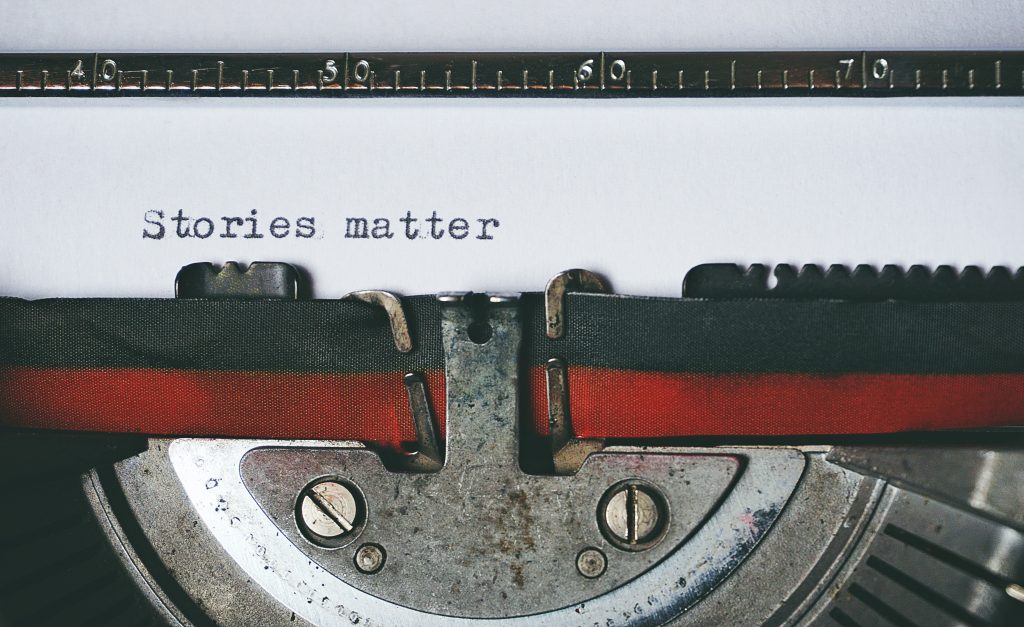 To Sum It All Up

As you can probably see from the underlying theme of most of the info outlined here, negative news is an engineered device.

It is prevalent for two main reasons.

Firstly, negative news sells. The public has proved to have a bias toward the negative. More often than not, they find positive news boring.

Secondly, negative news statistics show that bad news can catch readers’ attention. Once on that proverbial hook, a reader can be swayed in whatever direction the reporter wishes them to go. The whole process is like sleight of hand, but with news as opposed to being a magic trick.

Negative news looks to be a mainstay in the media for some time.

But how you respond to it makes all the difference. You might let your health be affected by exaggerated news, or you simply allow the news to bounce off of you.

We hope, for the sake of your health and sanity, that you choose the latter.

Why does the news focus on the negative?

News outlets are businesses. They need to sell stories to survive and compete with thousands of competing news companies.

It has been proven that people prefer negative news over positive stories.

In fact, one Russian website attempted a social experiment whereby they published only positive articles for 24 hours.

A loss of no less than two-thirds of their entire readership!

This only goes to show why the focus is on the negative.

Why do we pay more attention to negative news than to positive news?

It has been proven that bad news sells. As humans, we have a bias toward choosing negative information over positive. It’s a quirk from our ancestors — who had to stay aware of all potential threats to their survival — that we still carry with us.

What is bad news bias?

Also known as negativity bias or the negativity effect, it’s the notion that even when of equal intensity, things of a more negative nature have a stronger effect on a person’s psyche.

In other words, when people hear good news, it will leave a far less significant impression than any piece of negative news they hear.

Good news moves at a snail’s pace in comparison to bad news.

Upon hearing bad news, most people normally spring into some kind of reaction or action. They tend to have a heightened state of perception of such news.

In contrast, most people treat good news with a very flat response, with little or no emotions involved.

Why is the media so negative?

The media is negative and likes to report bad news — so much so, that the careers of journalists depend on their ability to be peddlers of negative news.

But why is this?

Simply because we made it that way. We effectively trained media outlets to drip-feed negative news into our minds.

How did we do that?

By showing less responsiveness to positive stories and higher levels of engagement and response to negative news, statistics, and other exaggerated media content.