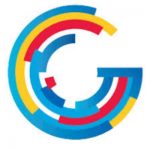 Gray Television supports local community interests by providing quality television broadcasting and exceptional service in each market we serve. Gray owns and/or operates television stations and leading digital properties in 93 television markets including the first or second highest rated television station in 85 markets. We are an unmatched broadcast pioneer that keeps getting bigger and better.

We constantly strive for excellence. Through upgrading to the latest technology and seeking new ways to stay on top in our markets, we focus on training and development of the best and brightest employees in the business.

Located in Michigan’s capital city WILX is Mid-Michigan’s Breaking news Authority. As Lansing’s NBC affiliate, WILX provides nearly 50 hours of local news weekly and services numerous commercial clients. As a member of the WILX family you will have abundant opportunities to stretch the boundaries of your personal creativity while always finding new projects both promotional and commercial.

Lansing, Michigan is an exceptional place to live and sharpen your professional skills. It is the state capital, Michigan State University is in adjacent East Lansing and General Motors has built two of its newest North American assembly plants here.

WILX TV, Mid-Michigan’s News and Weather Authority, has an opportunity for an ambitious and talented Multi-Media Journalist.

You’ll be covering major stories in a capital city adjacent to a Big 10 University.

Responsibilities include, but are not limited to:

The successful candidate should have excellent writing skills, reliable news judgment, meet deadlines under pressure, and have a positive attitude.
The ability to shoot and edit video is a must
All positions must show flexibility of evolving or changing operational needs. Hours, shifts, responsibilities, etc…are subject to change at management’s discretion.